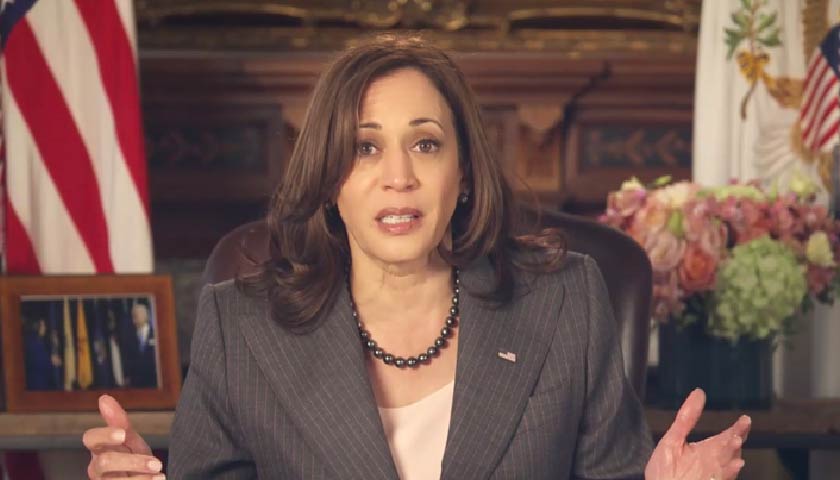 Dems are panicking big time about midterms, but they’re even more scared about 2024.

And what scares them the most?

Dem insiders know she can’t win… and they also know she won’t just walk away, so they have a theory about what’s gonna happen.

Insiders say Dems won’t have the guts to run anyone against a black woman, so she’ll be the candidate in 2024… and they’re scared stiff.

Washington Beacon reported that Kamala Harris is even less popular than Biden and has consistently embarrassed herself in public, raising serious questions about her ability to run a competent campaign at the national level. Nevertheless, she is widely viewed as the frontrunner to win the party’s nomination if Biden doesn’t seek reelection—a prospect that has some Democrats terrified, and understandably so.

“Biden has to run again, because he desperately has to keep Trump out of the White House and defend our democracy,” one Democrat told New York. “And I have no doubts Kamala Harris can’t win.” If Biden doesn’t run, however, the party’s obsessive devotion to identity politics would likely preclude most other candidates from challenging a black woman for the nomination.

The president has been relatively clear that he intends to seek reelection. One longtime adviser said of Biden that running for president is “how he stays alive.” But he hasn’t been entirely clear when it comes to his future plans, suggesting he might not run again if “fate intervenes”—a distinct possibility considering the fact that Biden would be 82 by the time he is sworn in for a second term. He has described himself as “a bridge” to the new generation of Democratic leaders, and a majority of Americans don’t expect him to run again, according to a Wall Street Journal poll released in March.

Firstly, Joe Biden isn’t running again, and it’s laughable that anyone thinks he would.

He probably won’t make it through this term — Dems are going to do all they can to take him out in 2022, right after the midterms.

They’ll use the GOP and Hunter to do it.

But Dems may be right about Kamala. She’ll be licking her chops to get into the White House, and they won’t want it to look “obvious” that they don’t want her.

However, if Dems want her out, they’ll take her out using secret political hits, just like they’re going to do with Joe.

Should be interesting to watch.