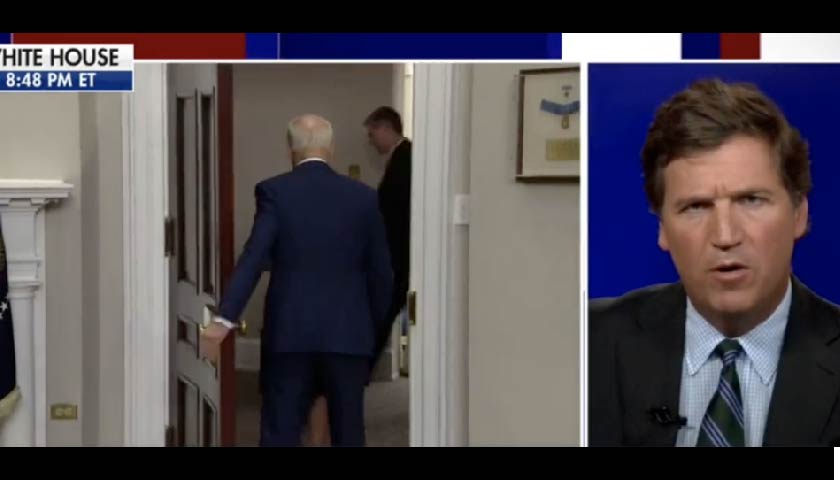 What happened in Texas is demonic.

There has been a sharp increase in mass shootings.

There’s a price to pay for locking down an entire society.

There’s also a price to pay for desensitizing kids with hours and hours of violent video games.

And there’s a price to pay for ignoring mental illness.

There are a lot of things to talk about, but right now, in the moments after the mass murder, the nation needs to rally around the parents of the victims and be there for them.

This is not the time to push your political agenda.

Someone should have told Joe Biden that.

The Federalist reported that only two and a half minutes into President Joe Biden’s address following the horrific elementary school shooting in Uvalde, Texas, the unity president injected divisive and frankly irrelevant politics into what should have been a somber moment of weeping with those who weep.

“As a nation, we have to ask, when in God’s name are we going to stand up to the gun lobby?” Biden said, later tweeting the same thing. “When in God’s name will we do what we all know in our gut needs to be done?”

By “act,” the president means instituting the sort of anti-gun laws or executive orders his party is constantly looking for an opportunity to ram through, however ineffective those measures would have been at stopping the perpetrator in a given crime. His meaning became abundantly clear in the meat of his speech, which took up the majority of its seven-and-a-half-minute duration.

Biden transitioned to Democrat talking points about modern sporting rifles and purported facts about the shooter, such as that the 18-year-old coward walked into a gun store and bought two “assault weapons,” even though many of those details have not been nailed down. For instance, one report says the shooter purchased a firearm online, others indicate he bought two rifles on his 18th birthday, and yet another says that, according to investigators, he was armed with one rifle and a handgun.

“For God’s sake, we have to have courage to stand up to the industry,” Biden said, choosing to go after the so-called gun lobby instead of the shooter or corporate media that routinely sensationalize these types of criminals and their crimes.

Joe Biden is a monster.

Tucker Carlson watched Biden, bewildered, as he politicized one of the worst tragedies in American history.

Here’s what Tucker said: “Frail, confused, bitterly partisan, desecrating the memory of recently murdered children … dividing the country in a moment of deep pain rather than uniting.”

You can watch the video:

Tucker Carlson rips into Biden’s speech about the tragic shooting in Texas:

“Frail, confused, bitterly partisan, desecrating the memory of recently murdered children … dividing the country in a moment of deep pain rather than uniting.” pic.twitter.com/oueQjTKu7z

“Joe Biden is the leader of the Democratic Party of hate”

“Nobody is defending Biden. The silence is deafening.”

“People at the background without masks, but still these puppets wife wearing one. Stop dividing people on every issue under the sun”

“At the end, watch Jill Biden perfectly remove her earpiece”

“Weird ass world when a once offensively non-religious person finds themselves agreeing with fox news. I’ve only ever voted left. Things change it seems… all while staying the same. What is happening? What is it that guides us?”

“Biden’s speech should be used as the exact opposite of leadership. Just disgraceful”

I never thought a “president” could be more divisive and selfish than Barack Obama, but Joe Biden makes Obama look like the “great uniter” in comparison.

He’s a bitter, confused, angry senile old man who should be put out to pasture.