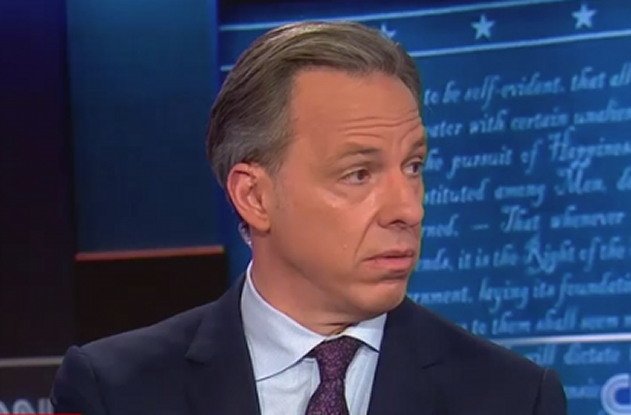 CNN’s Jake Tapper reportedly went ahead with taping a recent show after testing positive for COVID.

This normally wouldn’t be a big deal, but Tapper is a bit of a COVID Karen who works for a network that has accused people of holding “super spreader” events.

Apparently, it’s different when he does it.

Tapper tested positive for the virus while at the network’s DC bureau on May 9 just before his 4 p.m. show, but he didn’t scurry home right away after the diagnosis, two people familiar with the situation told The Daily Beast’s media newsletter Confider.

The delayed departure angered some colleagues.

“This happened in the same week that the country was mourning the millionth death due to COVID, which Jake covered on his show,” one staffer told Confider.

Tapper, who can be prickly over coverage of him and CNN, had the network’s public relations team “run interference” on media outlets inquiring about it, Confider wrote.

Is Tapper going to address this?

NEW: Trouble is brewing at CNN. Some staffers on The Lead with Jake Tapper are seething about the host’s conduct following a COVID diagnosis earlier this month. https://t.co/1z2SoNnGD9

.@CNN anchor @jaketapper reportedly recorded a show in person earlier this month after testing positive for COVID-19, to the exasperation of some of his staffers.

Just saw that Jake Tapper tested positive for Covid recently but refused to isolate from staff, made them come near him and continued to film CNN show in-person

When people show you who they are, believe them

Doesn’t he care about his staff?

The post REPORT: CNN’s Jake Tapper Went Ahead And Taped A Recent Show AFTER Testing Positive For COVID appeared first on The Gateway Pundit.