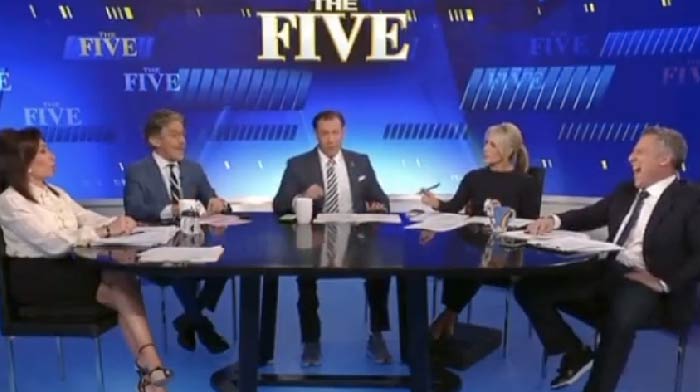 Is there something mentally wrong with Geraldo?

I have actually been wondering this for a while now… the way he loses his temper and gets so nasty isn’t normal.

There appears to be something really wrong with him. He’s like the “Alec Baldwin” of Fox News — just a really hateful, bitter guy who is always looking for a fight and just flies off the handle like an unhinged nut.

Just watch how he acts with Greg Gutfeld… There’s something “off” with this guy.

It happened during an episode of “The Five,” and Gutfeld started talking about the Roe v Wade debate after a clip of Joy Behar of “The View” and others losing it over Roe v. Wade possibly being overturned. Behar doesn’t think it’s just a ‘war on women,’ she thinks somehow this is a war on gays and people of color, too… whatever that is supposed to mean.

“This is why pro-lifers win,” Gutfeld said. “Because they can state their case so plainly. You ask somebody why they’re pro-life, they will say, ‘Because abortion takes a life and we believe life is sacred. You could disagree with that, but you can’t disagree with the simplicity of it, right?”

Gutfeld said the problem with the pro-abortion argument is that becomes “I prefer freedom over fetuses.”

“My body, my choice. How much simpler can you get?” Geraldo interrupted… and that was it… the fight was on.

“Let me finish,” Gutfeld said “You already did your ad hominem.”

“Ad hominem? It was not,” Rivera said.

“You insulted a few people there,” Gutfeld said.

He said the mindset of pro-abortion forces now is that abortion is “something to celebrate, to cherish.”

“I’ll give you evidence,” Gutfeld said.

The two men went back and forth talking over one another.

“Cherish the wire hanger stuck up their privates trying to get –,” Rivera said.

“The unborn child becomes,” Gutfeld said, as each man obliterated the other’s words until Gutfeld said, “This is exactly what I expected.”

“You are arrogant,” Rivera said.

“Go for it, Geraldo. Come on, keep going. You’re making a fool of yourself,” Gutfeld said.

“You know something, you insulting punk?” Rivera said.

And then Gutfeld laughed and make a crack about him becoming Geraldo’s new “Bongino.”

A joke Greg made because Geraldo is always screaming and yelling at Dan Bongino.

WOW! Greg Guttfeld and GERALDO really “went at it” on that TV show. Although I agree with Greg, I actually Like Geraldo and GREG. So I hope these two talented “BROS” can HUG IT OUT after the show. pic.twitter.com/R1Pc4knTVj

I know people get heated and arguments happen and whatnot, but like I said earlier, something just seems “off” about Geraldo.

He’s a man that clearly has a lot of hate and anger trapped inside of him, and if given the chance, I am convinced he could easily explode into violence because he doesn’t seem to have any self-control.