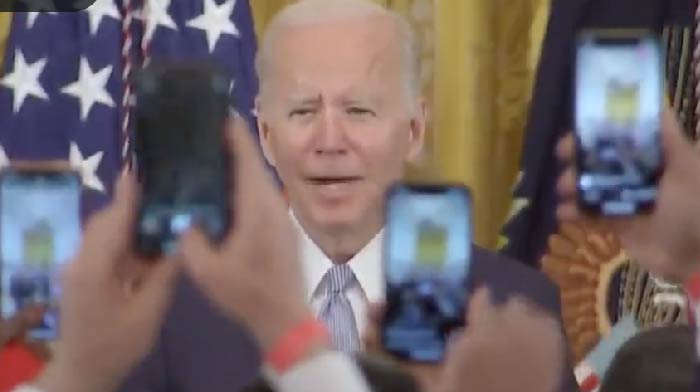 Here we go again… Bumbling Joe is back at it, now he can’t seem to remember what it is he is doing every day.

That’s right, Biden has once again forgotten his job title.

This time it happened during an event at the White House.

Really? So, we’ve never had a senator from Delaware before, huh?

Needless to say, this latest blunder is sparking renewed scrutiny from critics about Biden’s ability to run the nation.

The disturbing incident happened on Monday, while Joe tried to commemorate the end of Ramadan.

“There have not been many of the senators from Delaware. It’s a small state. As a matter of fact, there has never been one. And so I want to take advantage of making sure I introduce Madinah Wilson-Anton,” Biden said to a completely confused audience.

Think about this — we have a full-blown nursing home patient running the country, and nobody is doing anything to stop it.

BIDEN: “There have not been many senators from Delaware. It’s a small state. Matter of fact, there’s never been one.” pic.twitter.com/V4UjREzkWq

Before Biden was installed as “president,” he was Obama’s VP, and prior to that, Joe was a Senator from Delaware for 36 long and useless years.

I’ve noticed that often, Biden gets his current phony “presidency” confused with his decades in the Senate.

It seems to happen a lot.

I think his dementia-addled mind reverts back to the senate era so often because those years dominated his life.