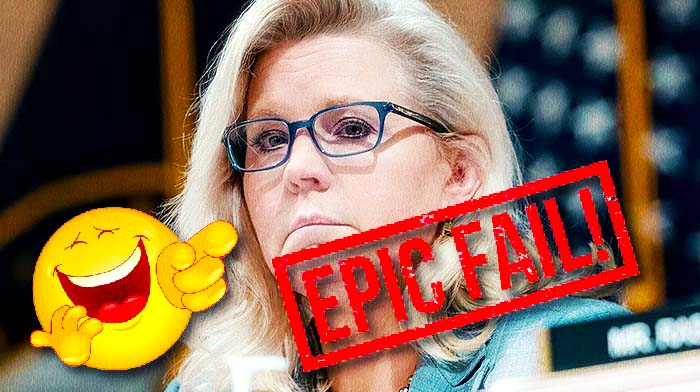 As you likely know, the January 6 GONG SHOW packed up and took their carnival of BS on the road, and hit the prime-time airwaves, hoping to spew their lies to most of America.

We heard yesterday that the hearings, which were ridiculously aired on nearly every station in the land, had garnered 20 million views.

Many people saw that number and thought the J6 hearings were a huge success.

Um, no. Actually, quite the opposite.

If you’ve got a PRIME-TIME stage, and all the major networks are airing your event, you should get a TON of views… and I mean a TON.

Ratings should be through the roof.

And trust me, that’s not what happened here. As a matter of fact, by those standards, it was a massive flop.

Just The News reported that the primetime hearings for the Jan. 6 commission’s investigation into the 2021 Capitol riot were broadcast live on almost every major station, yet failed to capture national interest and produced ratings far below other comparable national televised political events.

The 20 million figure did stand above a typical congressional hearing, The Hill noted, citing the roughly 9 million viewers for Trump’s first impeachment trial.

Members of the Jan. 6 Commission have sought to present a case blaming Trump for the violence that occurred at the Capitol amid congressional efforts to certify the presidential election results. Their narrative stands in contrast to growing sentiment among the American public who increasingly do not blame the former president for the incident.

An NBC poll released Monday, showed that only 45% of Americans blamed Trump for the riot which, while still a plurality, marked a seven-point decline in that sentiment from January of 2021.

Conservative pundit and former Newsmax host John Cardillo saw the 20 million number and knew right away that the hearings were a dud.

Here’s what he said on Twitter: “Massive dud. I told you the ratings were abysmal. The broadcast networks had half their usual viewers for the same time slot.”

Massive dud. I told you the ratings were abysmal. The broadcast networks had half their usual viewers for the same time slot. https://t.co/dfqZqPcezL

“Those who watched it are the Trump haters or uber-triggered; roughly the same people that ‘actually’ voted for him. 8-friggin-million tax dollars in one night. On what? If you’ve watched the Dems at all you’d know – if they had anything there’d be a parade. Why stretch it?”

“They think this is a lot, meanwhile it’s the viewership ONLINE of one Trump Rally”

“I wonder how long somebody had to tune in to be counted as a viewer? If you accidentally click on the channel while clicking through were you considered a viewer? Still think those numbers are high for this garbage”

Don’t let anyone gaslit you over these miserable numbers.

They couldn’t even get close to Biden’s SCOTUS numbers, and most people tuning into that just wanted to watch how often he’d screw up.

It was a complete and total flop.