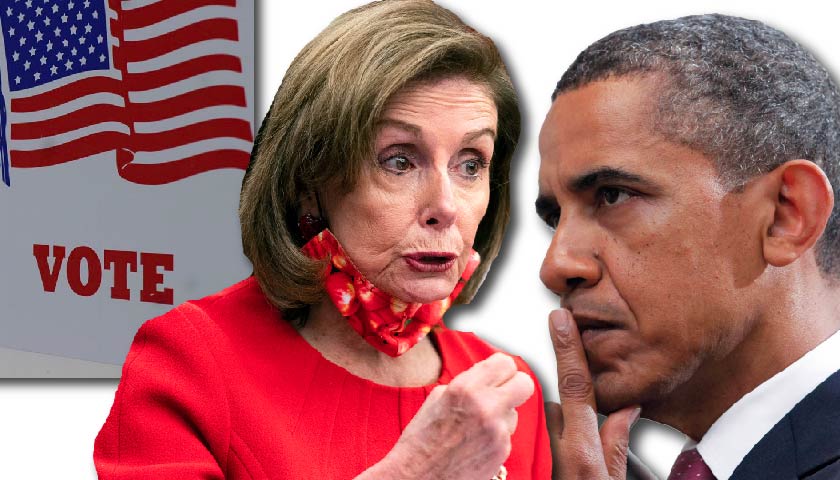 They’ve accepted it, but they’re not done fighting.

They know if they stay on the path they’re on right now, it’s lights out for them.

So, they’ve come up with one last plan to try to pull out a midterm win…

And Tucker says it’s a doozy, and he’s got the blueprint for their plan, which is unfolding as we speak.

Here’s some of what Tucker said in his Fox News op-ed piece:

Instead of trying to fix the country, they decided to destroy the country and just start over. If you were watching from outside, it looked like they were having a fit. They erupted into uncontrollable, nihilistic rage. They swept the plates off the table, punched a hole in the drywall, threw a base on the TV: “Burn it down. Let’s start over.” They called this the equity agenda and you should have been nervous when you listen to him talk about it, because every time they talked about the equity agenda, they scowled. Joe Biden looked angry at his own inauguration. He had promised hope, but in the end he delivered division and rage. This is Biden on the day he became president:

BIDEN:  And now a rise of political extremism, White supremacy, domestic terrorism that we must confront and we will defeat. Our history has been a constant struggle between the American ideal that we’re all are created equal and the harsh, ugly reality that racism, nativism, fear, demonization have long torn us apart. The battle is perennial.

Huh? What was that? That wasn’t the deal. We got rid of the orange man and you’re still calling me racist? Why are you doing that? Why aren’t you trying to unite the country? Why don’t you win over the people who didn’t vote for you? They didn’t spend one day doing that. Instead, they moved in the opposite direction at high speed. They all of a sudden declared that trespassing was a felony and threw Trump voters in prison. A lot of them are still there. They set about politicizing the most heavily armed federal agencies, from the FBI to DHS to the Pentagon. That should make you nervous and they did it for a reason because they believed their political opponents were criminals and you know that because they said so. They call them Nazis and White supremacists. You!

So, why are they talking this way? Well, what else are they going to talk about? Their record in Detroit for the last 60 years? No. The Democratic Party decided the only way it could maintain power, win the next election is to convince you, the voter, that the other side is dangerous. Literally dangerous, not metaphorically dangerous, actually dangerous to your life. The problem is you have to up the ante in every election. If they’re White supremacists this election, what are they next election? Nazis. And then what? John Brennan, the former CIA director, said he looked forward to an authoritarian crackdown. You’ll notice the lumps in libertarians with fascist bigots and racists.

I don’t think for a minute this plan will work for them.

Personally, what I think Dems are doing now is that they’ve given up on winning the election, and now, they’re doing this “dangerous/radical” stuff and Roe v Wade nonsense to try and get their base out.

They don’t want to be humiliated even more by their base snubbing them.

Remember, the ONE thing elites can’t deal with is mockery and being made fun of… They’ll do whatever they can to avoid that.