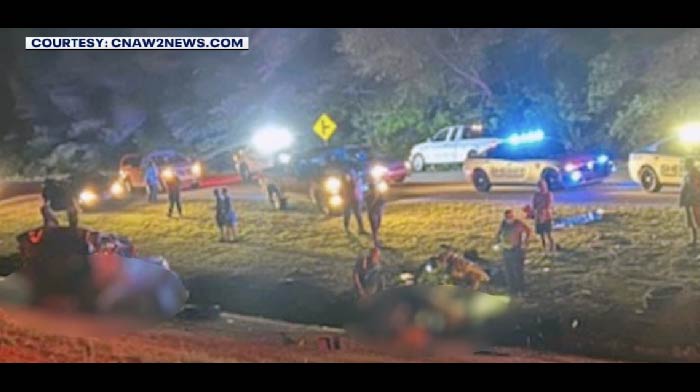 This story is so sad.

I will say this — nothing can be more dangerous than trying to pass another car on the highway.

We get so impatient at cars going slow, but when you decide to make that move and pass, anything can happen… and that’s exactly the horror that unfolded in Georgia, when two college baseball players who just won their conference title two hours before, and they tried to pass a slow car.

It cost them, and another young driver, their lives.

The New York Post reported that two college baseball players died in a horrific head-on collision on a Georgia road Saturday hours after their team won the conference title.

LaGrange College freshmen baseball pitchers Stephen Bartolotta, 18, and Jacob Brown, 19, were killed in the crash that happened on Roanoke Road in LaGrange at about 9:15 p.m., according to Georgia State Patrol.

MORE NEWS: [VIDEO] Elon Musk Says He Knows Who The “Real President” is… And It’s NOT Joe Biden

Brown, who was on the mound for Saturday’s game, was behind the wheel when he attempted to pass a vehicle in front of him by crossing the double yellow line, but wound up striking a pickup truck heading in the opposite direction, police said.

The driver of the pickup truck, Rico Dunn, 24, also died in the wreck.

Both Brown and Bartolotta were pronounced dead at the scene.

Dunn, who had celebrated his sister’s birthday earlier the same day, according to WSB-TV, was rushed to an area hospital, where died of his injuries early Sunday morning.

This is a photo of Ricco Dunn.

The two pitchers and their Division III team, the LaGrange College Panthers, had just beaten North Carolina Wesleyan for their fifth straight USA South Tournament title. With the victory, the Panthers got the automatic bid in the upcoming NCAA Division III national tournament.

As you can imagine, the team’s celebrations were cut short upon hearing this terrible news.

A team spokesman says the players are devastated and have no words to describe their pain.