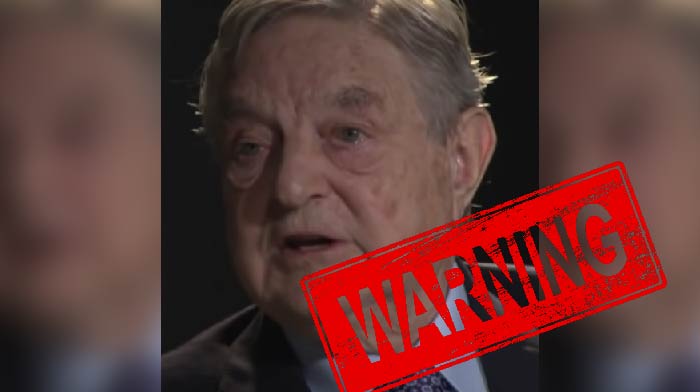 Well, it’s another election year, so you know radical communist George Soros is pulling out his checkbook.

I know what you’re thinking…”My God, how on earth is this dusty bag of bones still alive??”… I know, I thought that same thing, too. It’s almost becoming laughable at this point. What is he? 200-years old by now?

And as always, he’s got his eye on a crucial race and one very controversial politician, and he’s ready to pump this puppet full of cash in order to help her win the race.

Well, it’s none other than Stacey Abrams.

MORE NEWS: If You Were Suspicious About Biden’s “WH Set,” You Were Right On The Money

One Georgia Inc. is a leadership committee formed to assist Abrams in her quest to become governor, according to court documents. However, neither One Georgia Inc. nor Abrams has publicly acknowledged its existence, Fox News reported.

The committee suspended its activities in April after a federal judge ruled that under state law Abrams has to win the Democratic nomination towards the end of May before the committee can resume its activities, according to The Atlanta Journal-Constitution.

Soros’ Federal Election Commission records show that the address listed as One Georgia Inc.’s address is the same as that of Abram’s campaign committee as posted on her campaign website.

The Democratic Governors Association-Georgia and the Abrams-linked Fair Fight PAC have also donated money to One Georgia Inc.

Once One Georgia Inc. resumes its activities, when and if Abrams formally wins the Democratic nomination, the organization will have around $3.5 million sitting in its accounts.

Besides the money sent to the now-suspended leadership committee, Soros and his relatives gave around $60,000 to Abrams’ campaign directly earlier this year, according to Fox News. There were three donations, totaling $19,700 each, given by Soros and two of his children, Alexander and Andrea.

George is probably feeling frustrated right now since so many of his radical “defund the police” prosecutors are going down in a ball of flames.

But here’s the thing, they’ve already done so much damage to the country, so it’s best to fight George on the battlefield now before he’s won.

Things will get tricky in GA, because Kemp has a good shot of winning, even though Trump endorsed Perdue.

If Kemp wins the primary will MAGA refuse to support him, and give way to a Soros-backed Abrams as governor?