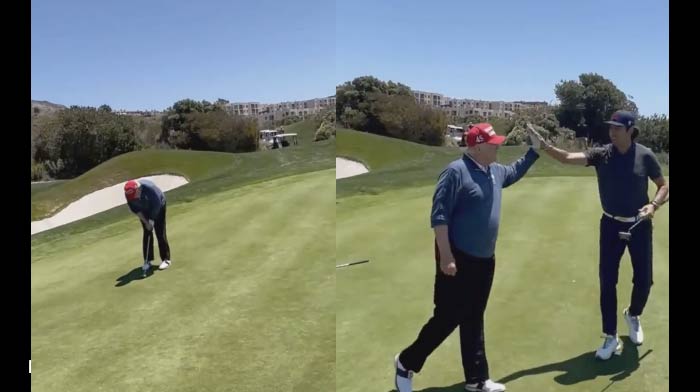 Remember how often Obama would golf, like every other day, and he still sucked at it?

Well, that’s not the case with “MAGA KING” President Trump, who recently got a hole-in-one, and now, just landed this LONG, deep putt while he was out golfing on his course.

The “MAGA KING” is obviously a nod to Joe Biden’s new nickname for President Trump, which everyone loves, including Trump.

He even shared a “MAGA KING” meme on Truth Social.

Gotta love it… I think President Trump’s just mad that he didn’t think of that cool nickname, himself.

It’s literally the only awesome thing Joe Biden has ever done.

But I have a feeling Trump forgot about all that stuff, while he was on the golf course, sinking putts like this one…

Watch the video below:

It’s so nice to see Trump enjoying himself.

I hope he has a lot of fun for now because we need him back in two years.