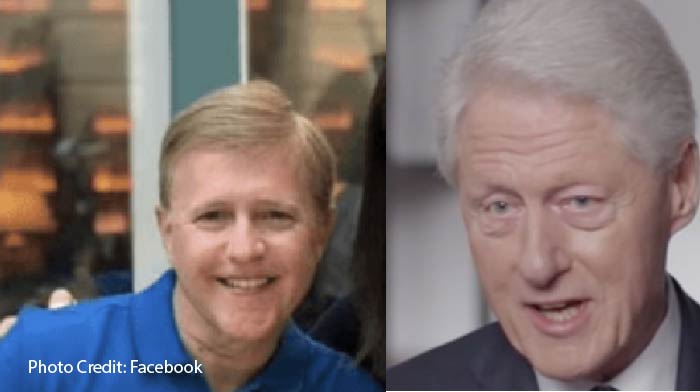 Bill Clinton’s special advisor who allowed Jeffrey Epstein into the White House a whopping seven times, is dead at 59-years-old.

The official reports coming out don’t list a cause of death, but the website Citizen Free Press has a source in Arkansas who says the death of Mark Middleton was a suicide. The source said that Middleton suffered from depression and took his own life near Petite Jean Mountain in Morrilton, Arkansas about 40 miles from Little Rock.

If you’re a “close friend” or “former advisor” to the Clintons, your chances of living a long and happy life are not so good.

Daily Mail is reporting that one of Bill Clinton’s former special advisors who helped cement his friendship with Jeffrey Epstein has died at the age of 59, becoming the latest associate of the former President to die young.

Mark Middleton’s family said that he passed away on Saturday in a statement which did not reveal the cause of death.

The father-of-two lived in Little Rock, Arkansas, and local law enforcement and the county coroner told DailyMail.com that they were not investigating the death and did not respond to it.

The Middleton family did not reply to requests for comment.

Middleton had for decades run an air conditioning business in Little Rock but in the 1990s he was a special advisor to Clinton and finance director on his Presidential campaign.

During that time Middleton admitted Epstein to the Clinton White House on seven of the at least 17 times the late pedophile visited.

Middleton also flew on Epstein’s plane and appears to have acted as a conduit between the two men.

Sounds like Mr. Middleton had a lot of baggage he was lugging around, and that’s never a good thing when you’re “close” to the Clintons.

According to a report in Arkansas Business, the company was one of the largest HVAC providers in the state.