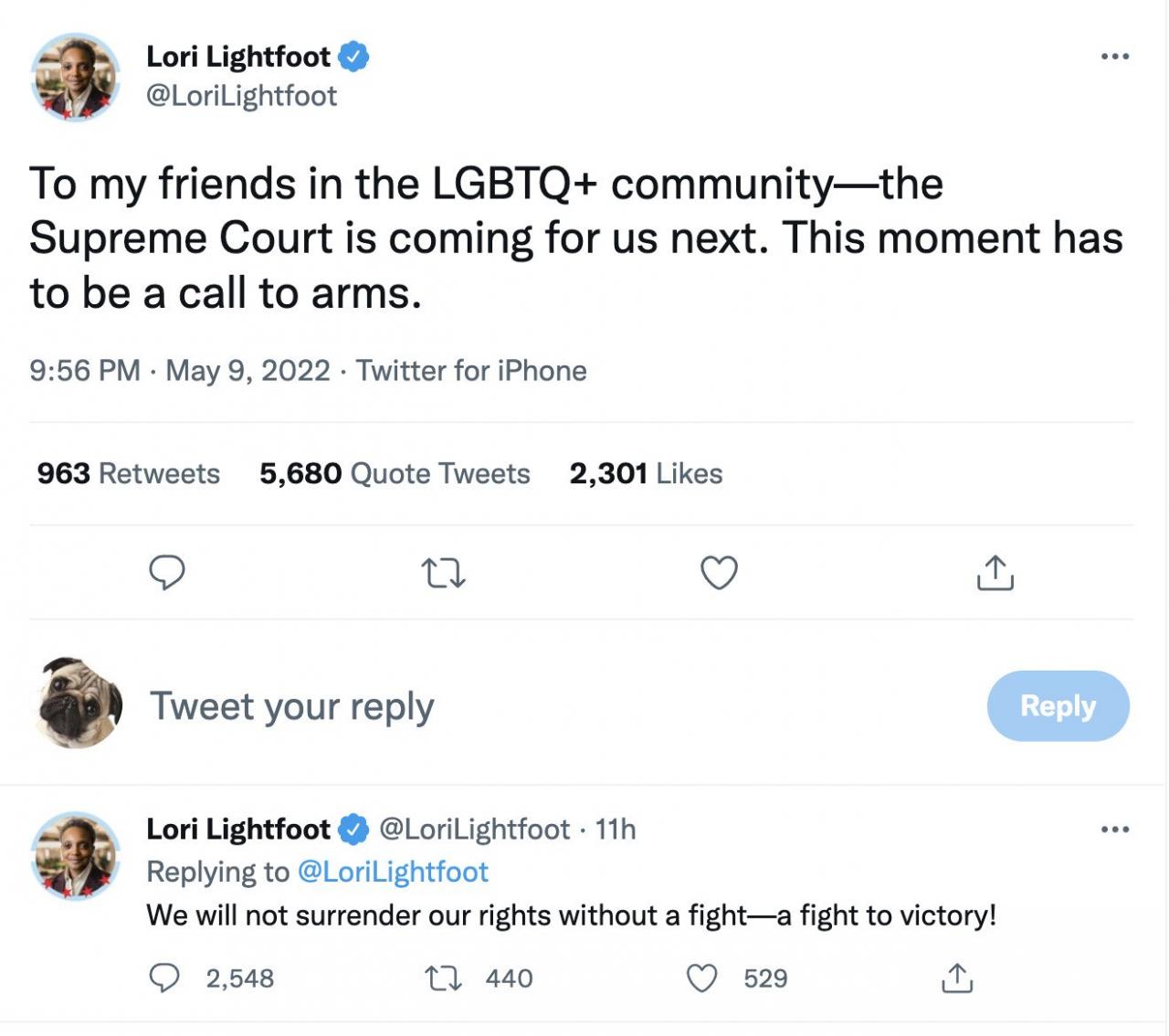 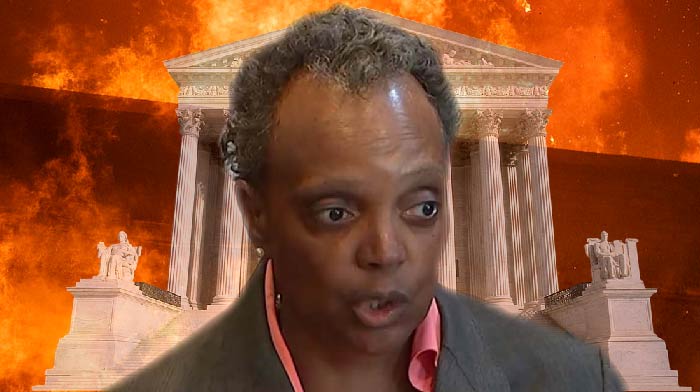 It sounds as if Lori Lightfoot is trying to incite riots in her latest two tweets.

It sounds like she wants liberals to take up arms against SCOTUS.

We were told that if you call for people to “fight back” as President Trump and Marjorie Taylor Greene did over voter fraud, that was a threat against democracy and an insurrection.

President Trump was “canceled” off all social media and Marjorie Taylor Greene was sued. Dems actually tried to get her kicked off the ballot for telling people to “fight back.”

But apparently, it’s only “dangerous” when Republicans say this sort of thing because Dems are out there whipping everyone up into a freaking frenzy, and the media, social media, and other politicians are cheering them on.

Just look at what Lori Lightfoot is doing… She’s trying to get the LGBTQ community to take up arms and “fight to victory” because she claims — with no proof whatsoever — that the SCOTUS is “coming for them next.”

Here’s what Lori said: “To my friends in the LGBTQ+ community—the Supreme Court is coming for us next. This moment has to be a call to arms.”

“We will not surrender our rights without a fight—a fight to victory!”

We will not surrender our rights without a fight—a fight to victory!

How on earth is this responsible leadership?

What proof does Lori have that anyone is “coming after” the LGBTQ community? It’s absurd.

My God, this woman wants blood flowing in the streets and dead SCOTUS justices.

She’s trying to ride on the coattails of the Roe v Wade decision, which would simply make states responsible for setting abortion laws.

Here’s what people are saying to Lori online:

“You hate guns yet here you are calling for people to take up arms against SCOTUS.”

“We were told an elected official urging for action to wage war against a branch of government is an insurrection of treason.”

“”Call to arms” This is what a real insurrectionist looks like.”

“Can you imagine if a Republican tweeted this? People would lose their minds.”

“Not satisfied with the murders just in her own city, Mayor Lightfoot calls for more violence across the country”

“Are you calling for an “insurrection?”

“Gays, the time has come to take up arms against the Supreme Court!” says the mayor of the city where people are getting gunned down in the streets daily”

“Hey @January6thCmte, read this tweet below and then go F-off.”

“A lot of progressive rhetoric over the last several years has become different versions of, “If you don’t give us what we want, we’ll burn the country down.” It’s really been normalized.”

“Excuse me I thought it was illegal to incite an insurrection? Let me ask Trump… OH WAIT he was kicked off Twitter for farrrrrr less than this Lightfoot tweet calling people to arms against SCOTUS.”

“How is this not inciting violence??? I had my account permanently banned for a 1 word response, and Beetlejuice here can threaten the SCOTUS without fear of rebuke”

This disgusting and dangerous call to violence should result in Lori Lightfoot’s immediate resignation.

But that won’t happen, because this is exactly what Dems need right now.

They need their base foaming at the mouth, crazed, scared, and in the streets rioting if they have any hope of staving off a Red tsunami in November.