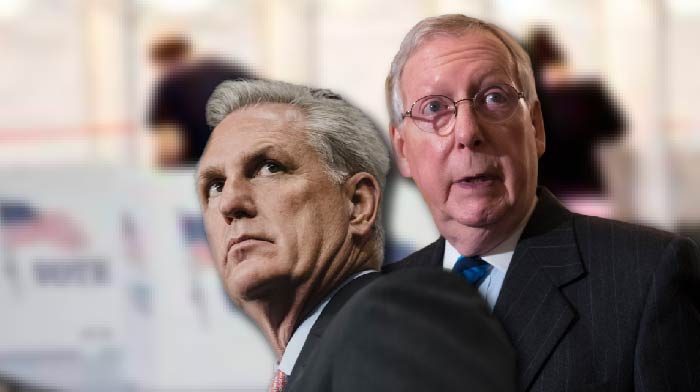 There are a couple of really good, reliable, and honest pollsters out there.

One is Trafalgar. They are fantastic. The other is People’s Pundit, run by widely respected pollster Richard Baris,

Richard will not sugarcoat anything. He will tell it to you how it is, good or bad, even if it hurts your conservative feelings.

But that’s what we want — we don’t want fake polls and smoke being blown up our political butts.

And he’s been watching the generic 2022 ballot — this is the ballot that’s determining the massive “red wave” that’s incoming.

However, Baris is noticing that there is ONE THING that changes the dynamic and tightens up the midterm race… and that’s Ukraine.

When the GOP pushes Ukraine or starts placing the Ukraine flag in their online profiles, suddenly, that generic ballot gets much, much tighter.

MORE NEWS: Mayor Lori Lightfoot Just Called For LGBTQ to Take Up “Arms” Against SCOTUS and “Fight to Victory”

GOP voters and independents do not want their lawmakers focused on Ukraine.

This is the tweet Richard Baris reponded to: “You can’t decry Bidenflation while writing billion dollar checks to a foreign country. You can’t say you support national security while sending our weapon stockpiles abroad with no plan to replace them. It’s an election year and Congressional Republicans need to wake up.”

Here’s what he said: “Nobody else noticed the one and only time the generic ballot tightened was when Republican lawmakers started cheerleading for Ukraine and putting flags in their Twitter handles?”

Nobody else noticed the one and only time the generic ballot tightened was when Republican lawmakers started cheerleading for Ukraine and putting flags in their Twitter handles? https://t.co/pZjf1L4ugE

It’s very clear to see what that means: Ukraine support is political poison.

Now, that’s not to say that conservatives don’t care about innocent people being hurt or displaced due to this bizarre “war.”

Humanitarian aid should be rendered to anyone who needs it, and there are plenty of amazing organizations in Europe working on that, and Americans can donate, should they feel inspired to do so.

But there is a lot of suspicion surrounding this “war.” First off, there’s a TON of propaganda on both sides, but so much Ukraine propaganda that you can’t tell what’s up or down.

In addition, many people believe the Biden family has many financial connections to Ukraine, and are very suspicious of the huge amounts of money flowing into that country, whether it be “blackmail” money or laundering.

Either way, there’s no trust.

Furthermore, Americans are suffering a lot.

We’ve got baby formula shortages, soaring gas prices, a wide-open border, crazy inflation, and a housing market that’s going off the rails… we don’t need to send BILLIONS to Ukraine, we need to focus on what’s happening at home.

Period and end of story.

And if Republican lawmakers don’t get the memo, and understand that the GOP is the “America First” party now, then they will suffer the consequences at the ballot box.