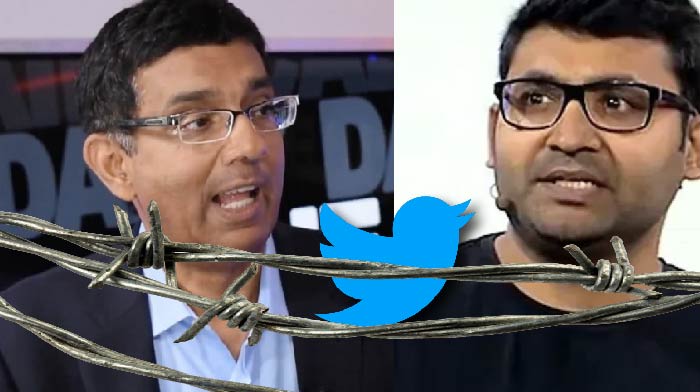 There is nothing that scares Twitter more than political dissent.

And while Elon has purchased the propaganda social media platform in order to end the political bias, he doesn’t take over for about another 6 months, so the communists are running amuck right now.

You’ll recall how the left interfered in the 2020 election when they censored Hunter Biden’s laptop, called it “Russian disinformation” and would not allow anyone to link to the story.

They even suspended The New York Post for sharing it.

It was a shameful display of covering for Joe Biden and the globalist regime.

Well, they’re at it again… this time their target is filmmaker Dinesh D’Sousza and his new movie “2000 Mules” that exposes the ballot harvesting scheme that Dems used to rig the 2020 election.

Evidence? You have no evidence. No court has found ANY evidence of widespread 2020 election fraud.

Therefore there was non…, wait, … pic.twitter.com/nvJ1jk7Hny

Yes, why would Americans be suspicious of the 2020 election? After all, it’s not like we can’t talk about it, or debate it, or discuss what might have happened, or show evidence of wrongdoing, or anything, right?

Actually, we’re not allowed to do any of that, and you need to ask yourself why.

Does THIS look normal to anyone?

When Democrats claimed 2016 was stolen by the Russians, we had to pay for and deal with a 4-year investigation, that ended up being a total hoax.

And now, they are attacking anyone who promotes the film “2000 Mules.”

Look, even the Rumble servers were down.

BREAKING: Rumble servers down 1 day after launch of 2000 Mules

They don’t want you to watch this movie, so obviously, I need to tell you how you can watch it.

You can watch the online premiere on May 7th.

Just go to 2000mules.com and register.

There will be a Q&A with Dinesh after.

You can stay home, pour a drink, bring out the popcorn, and join the Virtual Premiere of “2000 Mules.”

You get Debbie singing, the full screening of the movie, and a live Q and A afterward with Dinesh and others in the documentary—and all for the price of a movie ticket. pic.twitter.com/7pmnD7DY7o

Here is the trailer for the movie:

“2000 Mules” will not be available to stream on Netflix. They’d probably rather go belly-up than ever show this important documentary.

However, it’s still available to watch on streaming through the virtual premiere, you can also catch it in theaters and on DVD this month.

Please go to the official website where you can get all the details and spread the word far and wide about this film.

As President Trump says, it’s the most important documentary of our lifetime.