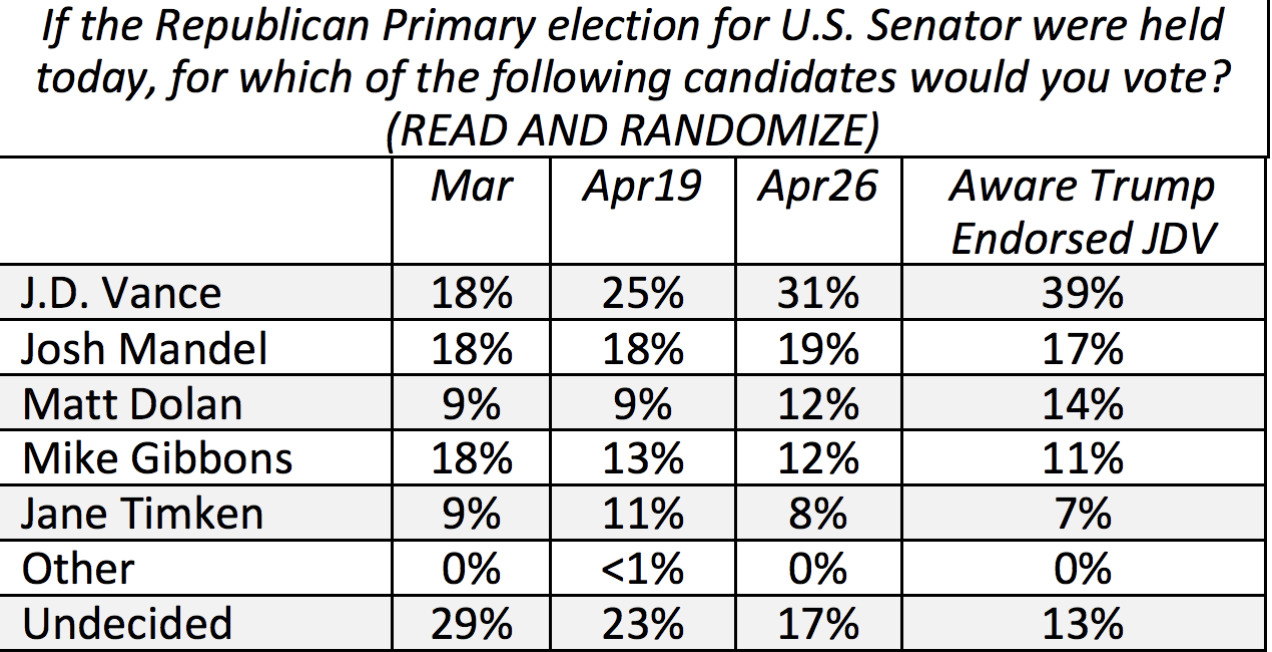 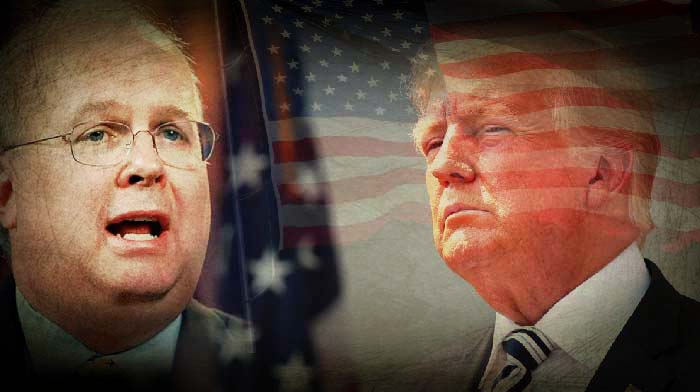 The Senate primary race is basically between two guys now… the establishment candidate Josh Mandel, who’s backed by turd Karl Rove and his SuperPac “Club For Growth,” and the America First candidate J.D. Vance, who was just endorsed by President Trump.

Until recently, Josh Mandel was leading in the polls. Then, in March, J.D. and Josh were tied for first, and just before the Trump endorsement J.D. inched ahead of Mandel.

And then last week President Trump held a barn burner of a rally in Ohio, and he endorsed J.D. Vance…. well, that was of course a total game-changer.

J.D. is now FIRMLY in first place and has left everyone behind him in the political dust.

Look at what Don Jr. just tweeted out:

Breitbart got the exclusive scoop on the poll and they reported that J.D. Vance, the best-selling author of Hillbilly Elegy, has taken a commanding lead in a new poll following President Trump’s endorsement of his Ohio Senate run.

The Fabrizio, Lee & Associates poll, exclusively shared with Breitbart News, shows Vance leading the crowded GOP primary field with 39 percent when likely Republican primary voters are told that Trump has endorsed him in the race.

The poll of 800 likely Republican primary voters was conducted from April 25 to April 26. The margin of error is +/-3.46 percentage points.

The power of a President Trump endorsement is simply mind-blowing.

And that’s because he is so trusted and beloved by so many voters… something Joe Biden will never experience.