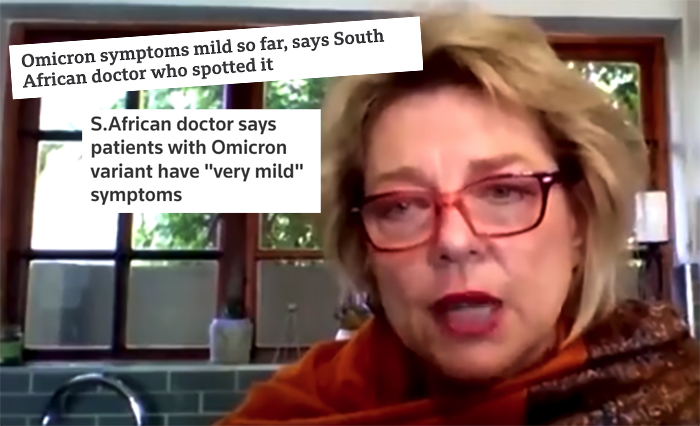 While the mainstream U.S. media spent the weekend spreading excessive worry over the Omicron COVID variant found in South Africa, the physician who first observed the variant spent Sunday describing the signs related to the variant as “extremely mild.”

In a Sunday interview with BBC, Dr. Angelique Coetzee, chair of the South African Medical Association, stated this Omicron variant popped up November 18 when she began seeing sufferers with “unusual symptoms” that raised pink flags.

“It actually started with a male patient who’s around the age of 33 … and he said to me that he’s just [been] extremely tired for the past few days and he’s got these body aches and pains with a bit of a headache,” Coetzee informed the BBC.

In an interview with Reuters, Coetzee informed the information company that signs had been “very mild” and that they might be handled at house.

“Looking at the mildness of the symptoms, there is no reason for panicking, as we don’t see severely ill patients,” the physician added.

“The hype that’s been created out there in the media and worldwide doesn’t correlate with the clinical picture.”

“Looking at the the mildness of the symptoms, there is no reason for panicking, as we don’t see severely ill patients”

“The hype that’s been created out there in the media & worldwide doesn’t correlate with the clinical picture” pic.twitter.com/g7tSas0qqK

“What we are seeing clinically in South Africa — and remember I’m at the epicenter of this where I’m practicing — is extremely mild, for us [these are] mild cases. We haven’t admitted anyone, I’ve spoken to other colleagues of mine and they give the same picture,” Coetzee informed the BBC.

And listed below are the headlines from CNN & the opposite traditional suspects: 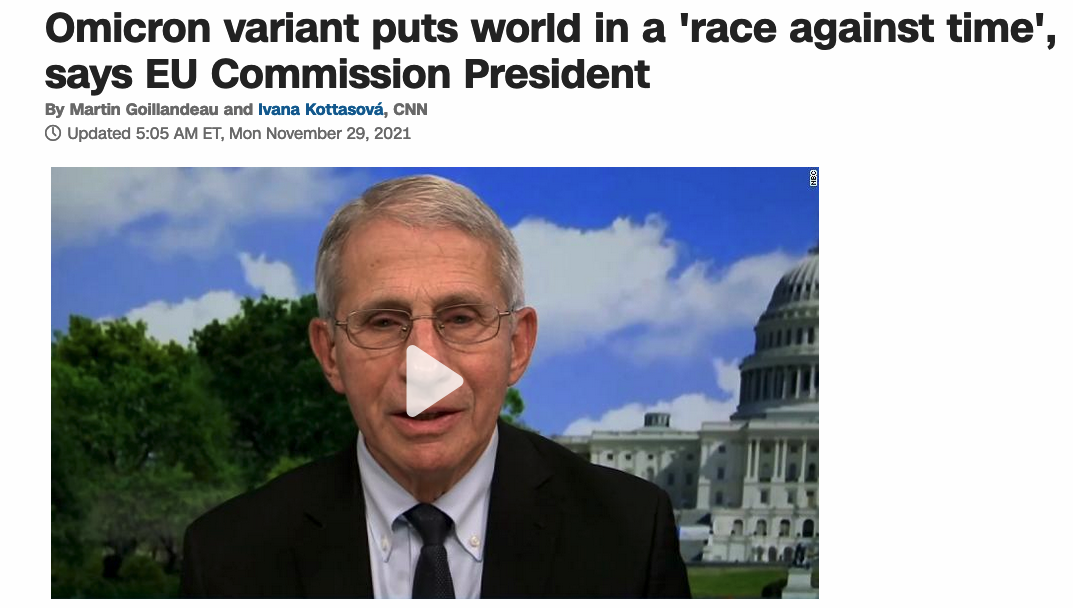 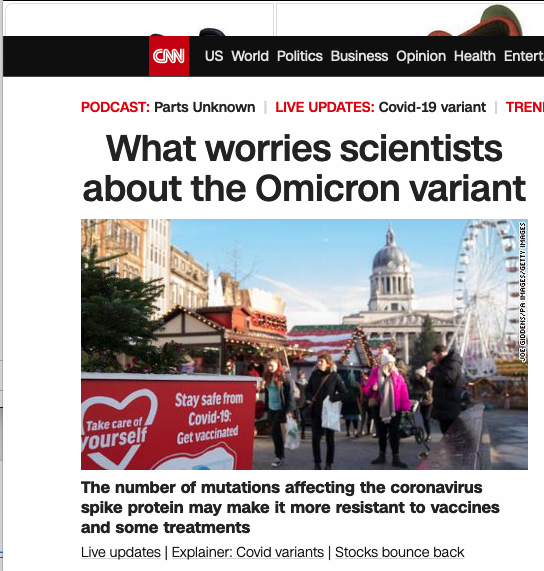 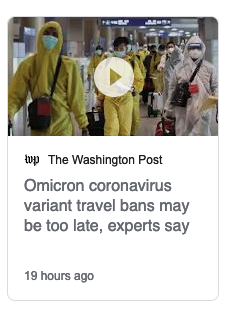 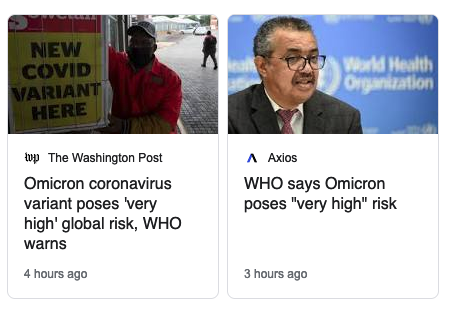