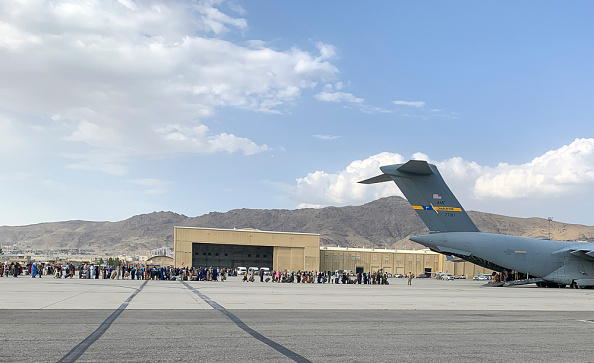 In what’s develop into a standard theme all through the rocky Biden presidency, authorities officers are once more sending Americans blended indicators. Just over one week since White House Press Secretary Jen Psaki stated: “I think it’s irresponsible to say Americans are stranded. They are not,” a Pentagon spokesman is preaching the other.

Pentagon Spokesman, at this time: “We have Americans that get stranded in countries all the time”

Jen Psaki, August 23: “I think it’s irresponsible to say Americans are stranded. They are not.” pic.twitter.com/syyDJT9P6N

Brushing off issues that there really are Americans stranded in Afghanistan, Pentagon Press Secretary John Kirby informed MSNBC: “We have Americans that get stranded in countries all the time.”

Kirby makes it appear to be being stranded in a rustic that was lately taken over by the Taliban and now not has a United States navy presence, is as widespread as lacking a connecting flight from Chicago to Dallas.

More importantly, Kirby is confirming Americans have been left behind. Just final week, Psaki shot down the notion that Americans could possibly be stranded: “I’m just calling you out for saying that we are stranding Americans in Afghanistan, when I — when we have been very clear that we are not leaving Americans who want to return home. We are going to bring them home. And I think that’s important for the American public to hear and understand.”

Though an actual variety of Americans left behind is but to be confirmed, studies counsel as many as 250 Americans had been left deserted. President Biden beforehand promised to “get them all out,” sending one more blended message from Washington.