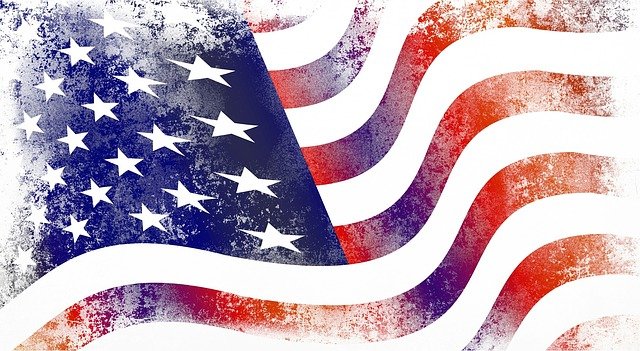 Editor’s Note: From the Back Forty is Liberty Nation’s longest-running and hottest weekly column. Capturing the “truth” every week from heartlanders in Fly Over states, Liberty Nation offers voice to the hard-working Americans in any other case ignored by the coastal elites.

Nothing torques off a red-blooded American – of any shade – greater than people making the most of the privileges and freedoms this nation has to supply after which disrespecting Old Glory. There are many names known as and loyalties questioned. Still, deep down, this conduct is downright offensive to these patriots who perceive and respect the blood, sweat, and tears spilled to offer these ungrateful Marxists the proper to be so obnoxious.

Nowhere was this extra obvious than the latest nonsense posted on Facebook by the Utah chapter of Black Lives Matter. Despite the fixed whining – or maybe due to it – they’re coming near not mattering anymore to plenty of people until they clear up their act. Here’s BLM Utah’s newest anti-American rant:

That went over in addition to anticipated. Patriots throughout the nation weighed in — and most politely simply advised BLM Utah to get the heck out of dodge, so to talk. Other flag-waving people weren’t as type. One gal in Savannah, GA, defended the stars and stripes. “I’m black, and my American flag flies. Am I racist against my own? This is stupid,” stated Melinda Cambits.

Bob McLean of St Paul, MN, took offense: “Let us totally understand this twisted thought of the American flag being a racist symbol of the USA. Think this over carefully & remember that many brave, patriotic men of all colors have made the Ultimate Sacrifice while going off to war… are you then saying they died under a Racist Flag?” And James Burette in Mount Vernon, KY, summed it up in a single transient assertion: “Hatred is in the mirror.”

Old Glory Forever May She Wave

Of course, Lex Scott, the chapter president, stated it was all to show some extent, telling Fox News that different teams “co-opt” the flag, and nobody offers a hoot. “Ever since we put up the post, our page has been flooded with hatred from people who fly the flag. And we want to thank those people for proving our point,” Scott stated – not that this rationalization makes a lick of sense.

One unnamed social media voyeur introduced the huge weapons to the battle and requested: “Why are people so messed up about this? Black Olives Matter. They are excellent on pizza. End of discussion, you vegetable haters.” From Globe, AZ, Rick Corso noticed an alternative: “It’s that easy to get you to avoid us? Lol… Could have said something sooner!” Flag gross sales have to be skyrocketing.

“The American Flag literally stands for ‘Liberty and Justice for All.’ Not ‘Liberty and Justice for Caucasians, or Democrats, or Republicans, or any other individual group.’ The American flag should be the one thing that all people can unite under. We as Americans should be fighting for peace, liberty, and justice for all people. Asian, African-American, Caucasian, Hispanic, Middle Eastern, everybody. No exceptions.”

For most, she’s nonetheless ‘a grand old flag,’ she’s a high-flying flag, And perpetually in peace could she wave.”

Can’t all of us be Yankee Doodle Dandies?