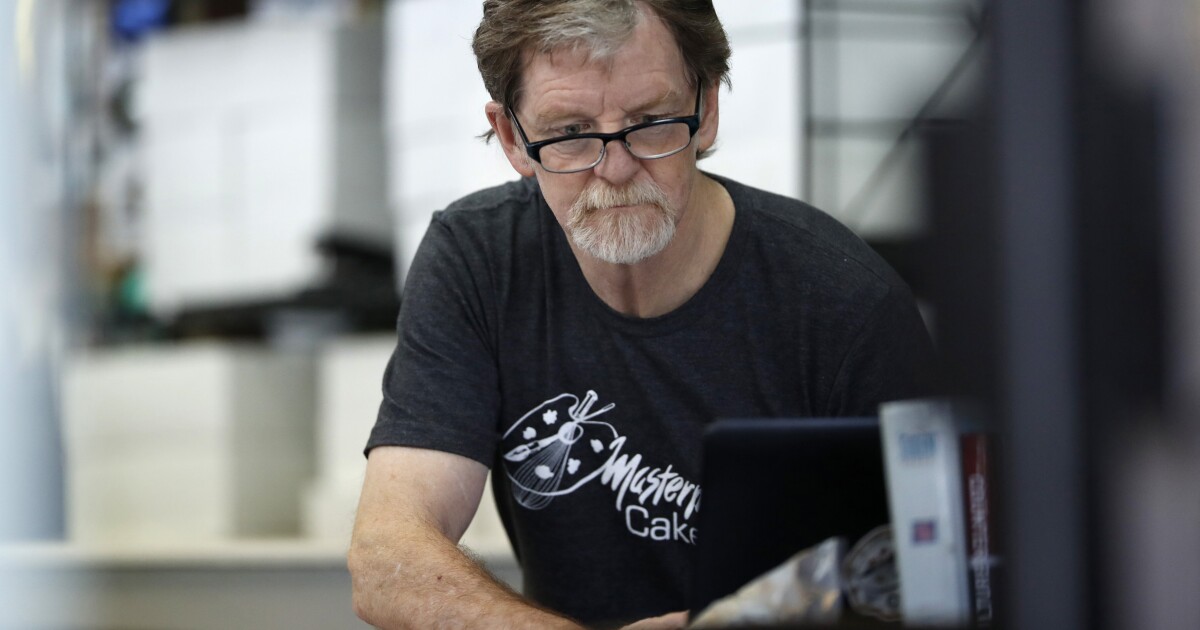 Counsel for Jack Phillips, the baker whose refusal to bake a cake celebrating a same-sex union led him to the Supreme Court, insisted a Colorado choose’s ruling this week against him was a “repeat of earlier mistakes” made in separate choices against Phillips that had been ultimately overturned.

District Judge A. Bruce Jones “got fundamental things wrong with the facts and the law” in ruling on Tuesday that Phillips violated a state anti-discrimination regulation when he refused to bake a cake celebrating a gender transition, in keeping with attorney Jonathan Scruggs.

Jones dominated in favor of plaintiff Autumn Scardina, a Colorado attorney who sued Phillips after he refused to make the cake Scardina requested in 2017 citing his spiritual beliefs, discovering that Phillips’s refusal violated the Colorado Anti-Discrimination Act. Jones’s ruling, which Phillips plans to enchantment, requires the baker to pay a $500 positive.

“The anti-discrimination laws are intended to ensure that members of our society who have historically been treated unfairly, who have been deprived of even the every-day right to access businesses to buy products, are no longer treated as ‘others,’” Jones wrote in his determination. “This case is about one such product — a pink and blue birthday cake — and not compelled speech.”

Attorneys for Phillips argued, as they’ve earlier than courts beforehand, that requiring their consumer to bake a cake conveying a message that violates his spiritual beliefs constitutes compelled speech and violates Phillip’s rights below the First Amendment.

“They are confusing this idea that, because Jack doesn’t want to convey a message he disagrees with, they think that violates the anti-discrimination law,” they mentioned.

Scruggs, who’s senior counsel and director of the Center for Conscience Initiatives at Alliance Defending Freedom which is representing Phillips, advised the Washington Examiner: “The heart of this case is whether a person can be forced by the government to convey a message they disagree with.”

Jones was fallacious to say in his ruling that Phillips “agreed that the bakery would make the same cake requested by Ms. Scardina for other customers,” mentioned Scruggs, who added that Jones’s assertion that Phillips has made pink and blue desserts “that recognize the cisgender status of an individual” illogically conflates these desserts with a gender transition cake.

Phillips was sued below the identical regulation and was subsequently discovered by the Colorado Civil Rights Commission to have discriminated against a same-sex couple for declining to make a cake for a wedding ceremony ceremony in 2012.

Phillips and his authorized staff have repeatedly asserted he’ll serve any buyer however that he won’t convey all messages.

“And that’s our entire argument — that it doesn’t matter about the ‘who.’ It’s about what is the message that it celebrates,” Scruggs mentioned.

John McHugh, Scardina’s attorney, praised Jones’s ruling and mentioned that whereas he and his consumer respect Phillip’s spiritual beliefs, they reject the protection’s argument as a result of “the message is tied to who the individual is.”

“This isn’t limited to Ms. Scardina or to wedding cakes. Mr. Phillips has an issue providing any cakes to LGBT people that reflect them as LGBT people,” McHugh advised the Washington Examiner. “He wants to offer a limited menu of the good that he sells to the public to LGBT people and that’s just not what the law permits.”