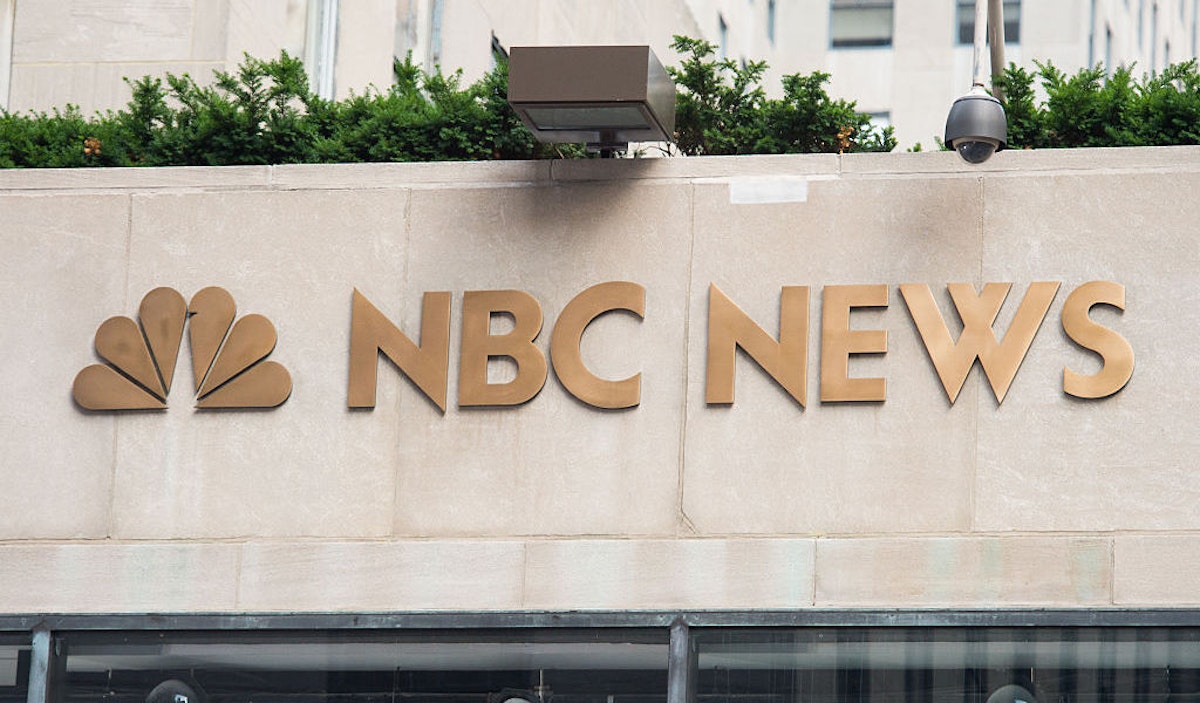 Zadrozny, who covers misinformation and extremism on the web for NBC, appeared on MSNBC on Thursday. She attacked one of many major instruments journalists use to get info out of elected leaders and bureaucrats on Thursday: freedom of knowledge legal guidelines (FOIL). She known as using FOILs by native teams towards college districts “onerous” and stated the legal guidelines are getting used to unfold false details about CRT.

“It’s hard for me as a reporter because I don’t want to put FOILs in a bad light right? Freedom of Information Laws are wonderful things. But it is in fact a tactic of national and just hyper and fast-growing local organizations to use onerous public records requests,” Zadrozny stated.

She went on to elucidate how she believed grassroots teams, typically lead by mother and father and invested neighborhood members, are utilizing FOILs to focus on college boards and districts’ curriculum unfairly.

“What we saw in Maine is [activists] asking for all these records requests of, you know, ‘how much money did you spend on anything involving race,’ and that is used to frame again the school board as being, as paying for CRT, which is just not the case,” Zadrozny stated.

“In Nevada, we saw, again, this local group called Nevada Family Alliance – who is really known for trying to get Drag Queen Story Hour at the local libraries – now one activist there told me this was the opportunity she had been waiting for,” she continued. “So she filed these onerous FOIL requests, gets them, and then translates them in a way that is just not correct or accurate, in a way that suggests again that the school board is coming for your children and teachers as specifically teaching kindergarteners – white kindergarteners – that they’re somehow oppressors.”

Zadrozny has beforehand accused conservatives of utilizing CRT as a “boogeyman” used to display towards any curriculum or topic they don’t like.

“It’s just not really true, so onerous FOIL requests, … showing up en masse and yelling at school board members, all of this is sort of a tactic and it’s being leapt upon by national organizations from the Heritage Foundation to ALEC to other groups that have popped up after the Trump presidency to sort of push this “America First” agenda,” Zadrozny stated. “And it’s also being roundly embraced by news organizations … like Fox News, Breitbart, other right-wing news organizations who are just covering this stuff en masse when it’s really a local issue.”

Earlier this week, Chris Rufo, a senior fellow on the Manhattan Institute and an anti-CRT reporter, slammed Zadrozny and several other of her colleagues for misreporting feedback he made relating to his efforts towards CRT in faculties.

“NBCNews is pure propaganda,” Rufo stated in an announcement he posted on Twitter. “This report conveniently omits all the facts that have mobilized parents to action. I recently completed a twelve-part investigative series on critical race theory in public schools, exposing teachers promoting the ideas that ‘all white people’ are racist, that white-led schools systematically ‘spirit murder’ black children, that white parents should become ‘white traitors,’ and that white teachers are inherently guilty of ‘covert white supremacy.’”

The Daily Wire is certainly one of America’s fastest-growing conservative media corporations and counter-cultural shops for information, opinion, and leisure. Get inside entry to The Daily Wire by changing into a member.