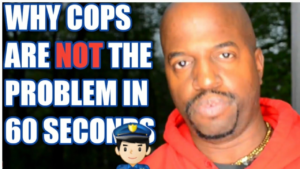 VIDEO: Why Cops are NOT the Problem in 60 Seconds!

The TRUTH About the Black Lives Matter Movement

There were only 18 days in 2020 that the police didn’t kill somebody, according to police accountability data

USA TODAY Study – The Facts About Police; How Many Cops Are Good? How Many Are Bad?
https://wiod.iheart.com/content/2020-06-11-the-facts-about-police-how-many-cops-are-good-how-many-are-bad/

VIDEO: Actual crime data PROVES the media is LYING about the Police!