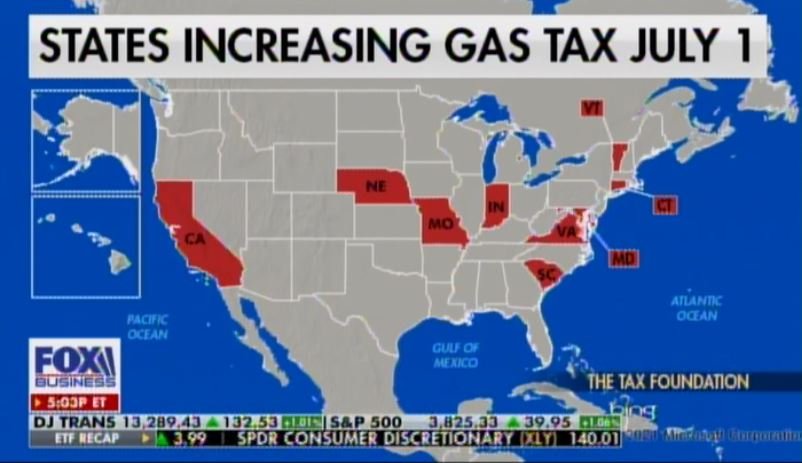 Who are these people?

The current price for a gallon of regular gas in the United States hit $4.84 on Friday before the 4th of July Weekend.

This is more than twice the cost from two years ago.

Gas prices under Joe Biden have exploded!  The cost is destroying the Middle Class and it does not look like the price will be easing anytime soon.

The Biden regime is crushing the middle class with record inflation and gas prices.

Missouri Republicans are helping them.

At some point you have to ask — Are Democrats running as Republicans in the Missouri Senate and House?

How else do you explain this?

And it is only going to get worse in the coming years.

You might notice gas prices rising in Missouri once again this weekend. Starting Friday, the state will increase its motor fuel tax by 2.5 cents.

The spike comes on the heels of another record-setting day in Missouri for gas prices. The American Automobile Association reports an average gas price of $4.57 per gallon in the Show-Me State. St. Louis enters the new month just below its record average of $4.87 per gallon from June 14…

…Missouri will raise the gas tax 2.5 cents each of the next three years after Gov. Mike Parson signed SB 262 into action last year. The bill also offers provisions that allow Missourians to request a refund once a year for refunds on the gas tax in the following amounts:

The post Who Are These People? Missouri Republicans Raise State Gas Tax During Worst Gas Price Spike in US History appeared first on The Gateway Pundit.