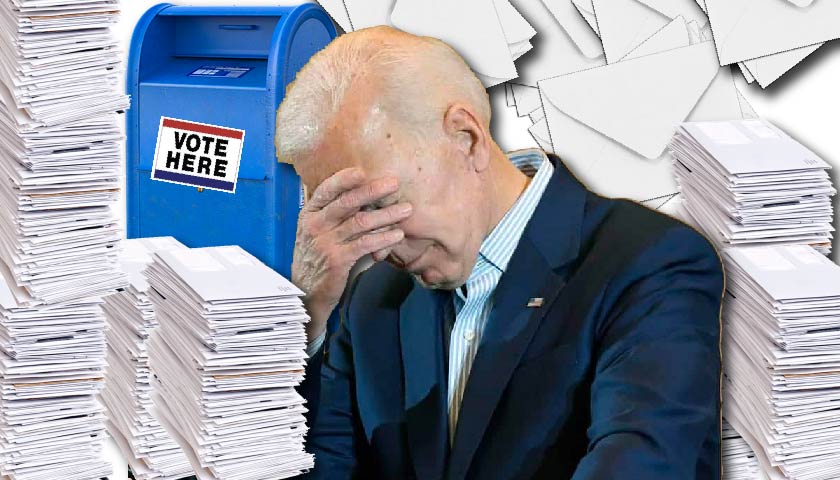 Mathematically speaking, if Joe Biden would have earned 81 million legal votes – a historic accomplishment that no other president has ever done, he would not be tanking in the polls the way he is right now.

That kind of significant support would afford you so much “padding” that it would take a really long time to tank.

But that’s not what happened to Joe.

He sunk like a rock and he just keeps falling… he’s got no “bottom.”

And now, Biden has just earned a new historic “victory.”

He’s the most unpopular president since World War II.

According to FiveThirtyEight’s daily polling average, only 41 percent approved of Biden on Monday, his 489th day in the White House. A whopping 54.6 percent disapproved.

Few past presidents have seen such wide disapproval.

In fact, Biden’s numbers are the worst since World War II, according to the FiveThirtyEight formula.

Republican George W. Bush had a 72 percent approval rating on day 489 of his first term as the nation came together in the aftermath of the 9/11 attacks and the beginning of the war on terror.

On the other end of the spectrum, both Jimmy Carter, who presided over a devastating energy crisis, and Harry Truman, who was grappling with a railroad strike, had approval ratings of 43.1 percent on day 489 — still higher than Biden’s.

Even former President Donald Trump, a brash leader who faced relentless negative media coverage, had a higher approval at this point in his presidency — 42.2 percent.

Under Biden and his administration, the nation has endured a series of crises.

“So, lemme get this straight, the guy who won the most votes in the history of the country, is now the least popular president??? And they expect us to believe this? LOL”

“Yeah, this isn’t jiving with the 81 million story”

“If you still believe Joe Biden won 81q million legit votes, I have a bridge in Brooklyn I want to sell you.”

“They must really think we’re all stupid”

“So, a year ago he was the most popular and now he’s the least popular? All that changed in one year? hahaha. GTFOH nobody believes this sh*t”

Just like Biden’s cognitive issues, the media and Dems think if they don’t talk about the 81 million, nobody will question it.

Boy, are they wrong…