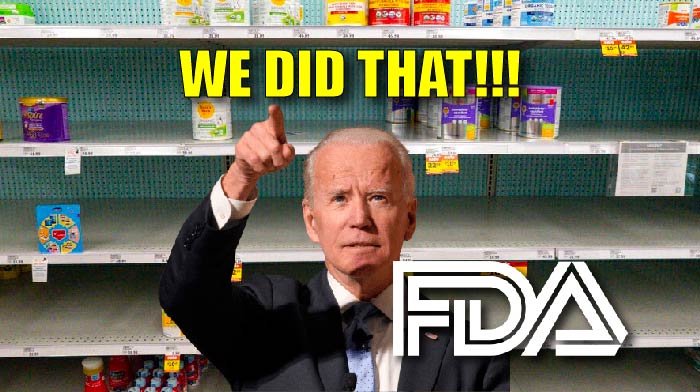 There’s a lot of buzz today about 192 Republicans voting against the Dems  28 million-dollar “baby formula” package.

Dems are trying to spin it like this is the GOP’s fault now.

Uh, no… and not so fast, there’s a VERY GOOD reason the R’s wouldn’t back this insane package… The Dems snuck in a raise for the idiots at the FDA — the numbskulls who created this entire mess in the first place.

Can you believe this??

Here’s what Rep Massie said about the FDA and the baby formula disaster:

Rep Massie R-Ky., took aim at the Federal Food and Drug Administration and the U.S. Department of Agriculture, blaming the federal agencies for the shortages and prices of meat and baby formula.

“The @US_FDA has had the same impact on baby formula manufacturing as the @USDA has had on meat processing in the United States,” Massie said on Twitter Tuesday. “The US-duh and the F-duh are working every day to keep prices high and supply low, while making sure no new businesses can enter the market.”

Massie’s remarks come as the FDA and Abbott Nutrition neared an agreement to reopen a baby formula plant in Michigan that was shut down after a massive recall of formula in February.

The shortage hit peak levels when the FDA shut down a major baby formula plan in Michigan, with no “backup plan.”

Some even question why the FDA shut down the plant, instead of working through any issues, to make sure something LIKE THIS didn’t happen.

The FDA, Biden admin, and Dems completely dropped the ball once again.

This is becoming very commonplace, isn’t it?

Conservative pundit Greg Price posted this on Twitter: “The Democrat plan to address the baby formula shortage that 192 Republicans voted against involved giving a $28 million “salary and expenses” increase to the FDA, the agency responsible for the crisis in the first place. They’re giving the FDA a raise for not doing its job.”

The Democrat plan to address the baby formula shortage that 192 Republicans voted against involved giving a $28 million “salary and expenses” increase to the FDA, the agency responsible for the crisis in the first place.

They’re giving the FDA a raise for not doing its job. pic.twitter.com/ikcoDOspM5

Here’s a closeup of the image: 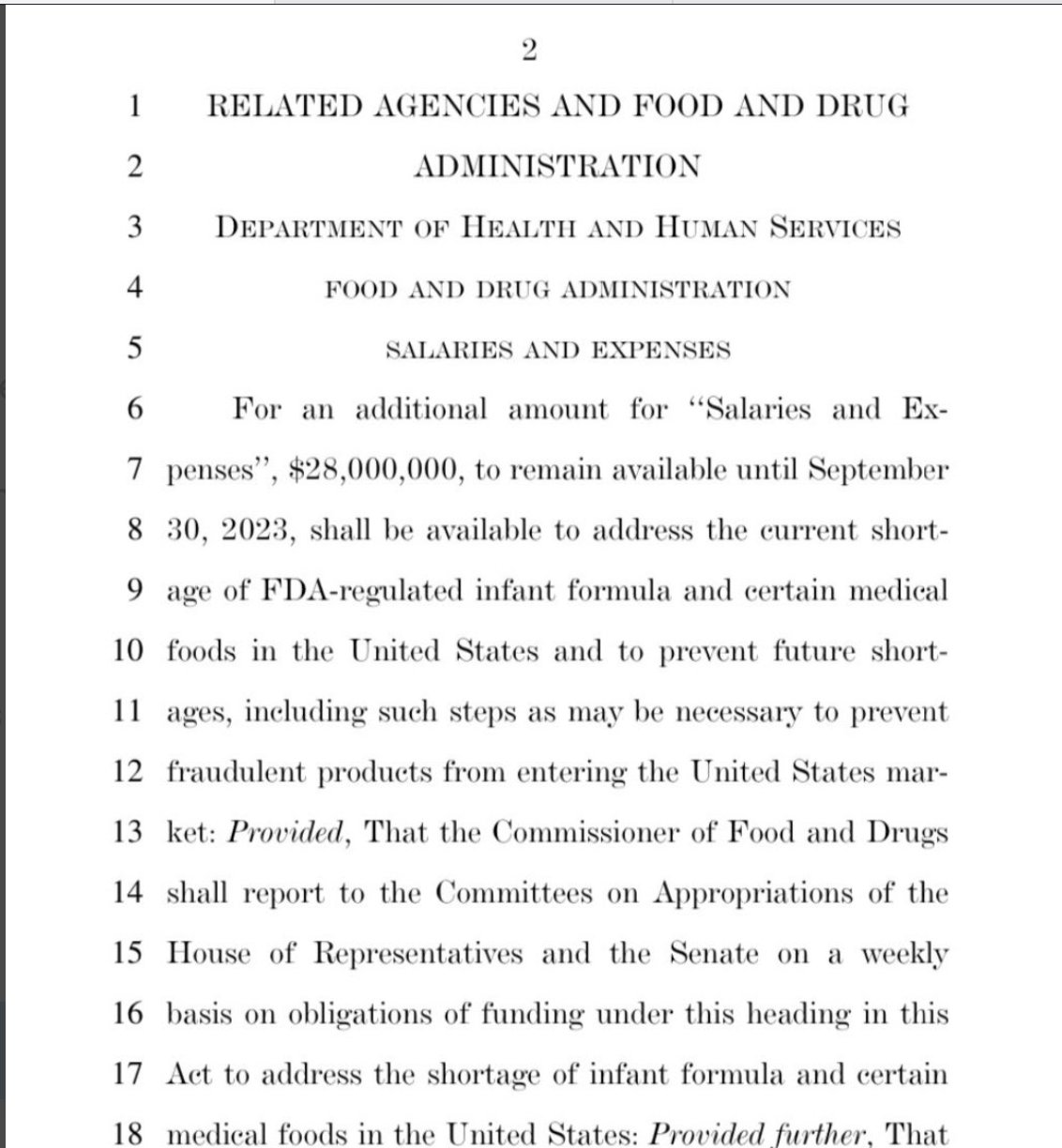 Why on earth would we reward incompetence and stupidity? This is baffling unless you realize that the most inept and failed political party in history is the one pushing it.

It all makes sense when you think of it that way.

These Dem buffoons are failing in ways nobody even imagined were possible, yet they’re all still looking for their participation reward.

This is what happens when you have a bunch of neurotic Millennials running the country.

Spread the truth about this vote far and wide, so the Dems can’t get away with their lies.