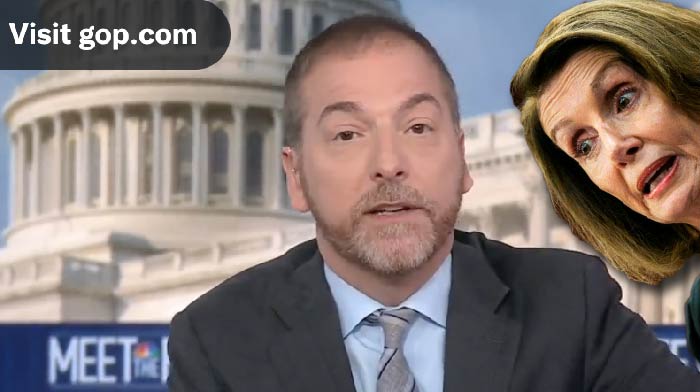 I know it pains the fake news media to report on the Dems demise.

Especially after they all worked so darn hard to keep the communist party afloat for so long.

But it’s gotten so bad, that they can no longer hide the disaster that’s unfolding behind their shameless propaganda, fake polls, and other diversion tactics.

And you know these polls they’re releasing that show Joe at 33% approval, are being padded with more Dems than Republicans and Independents. Can you imagine what the REAL approval number is at?

Today, Chuck kicked off his “Meet The Press” show, by warning everyone that Democrats are in some serious trouble.

A new NBC poll shows that 75% of Americans think the country is on the “wrong track.”

Yikes… That number should be much higher, and I am sure it is.

🚨75% say country is on the wrong track.
🚨Just 39% approve of Biden.pic.twitter.com/5VlOEBVqDK

I’d like to sit down and have a chat with the 25% who think we’re on the “right track” and see exactly what they’re so confident and happy about.

I am guessing they’re either completely clueless or that entire 25% consists of Joe Biden’s crooked brother and his harebrained sister.

A couple of weeks ago I saw cheating liar Donna Brazile on ABC, where she told that audience that Dems were going to basically “clean up” at the polls in 2022.

Clearly, Donna is now smoking crack with Hunter Biden, because unless Dems have another fool-proof cheating plot planned, they’re going down in a nuclear ball of flames.

Make sure you get out and VOTE!