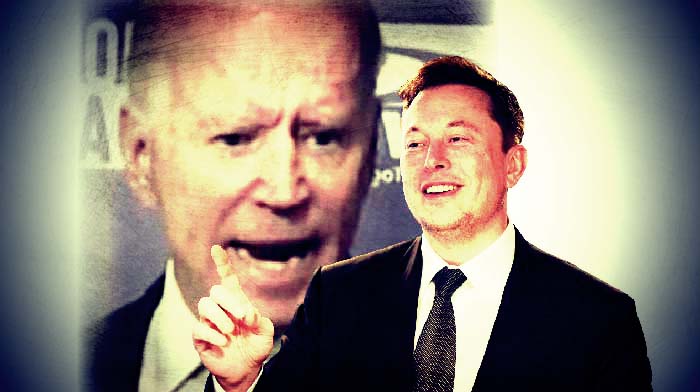 I think Elon Musk nailed it when he called out Joe Biden’s one very critical mistake on Twitter.

Now, I don’t agree with all of what Elon said, like the part about Biden being “elected.”

Sorry, but nothing on earth will ever convince me that senile, basement-dwelling buffoon got 81 million legal votes.

But, do I think Americans were tired of the “drama”?

It was four years of liberal and media drama… grown adults acting like babies, and reporters behaving like petulant political activists… we were all sick of it.

But I believe Elon nails the main point about Joe Biden, where he says he’s made a grave mistake thinking Americans wanted him to “transform” the country.

We don’t want any “transformation,” especially from a bumbling bozo who’s being controlled by radical climate nutbags.

That’s the part Elon got right.

Here’s what Elon said: “Biden’s mistake is that he thinks he was elected to transform the country, but actually everyone just wanted less drama”

Biden’s mistake is that he thinks he was elected to transform the country, but actually everyone just wanted less drama

“Bidens mistake is that he thinks he was elected. #2000MulesMovie”

“He was not elected.. he was put in office”

“God love ya Elon, but Biden and the word “Think” should never be in the same sentence.”

“Brandon wasn’t elected my brother he was installed by the deep state and the leftist communist democratic cult regime who infiltrated the city county and state election departments! Watch 2000Mules if you want to view some illegal drama in plain sight!”

Personally, I think the few people who actually voted for Joe Biden are emotionally stunted weirdos with personality disorders and an unhealthy obsession with Trump, and they saw the 2020 election as some kind of Harry Potter movie, where “Voldemort” had to be defeated.