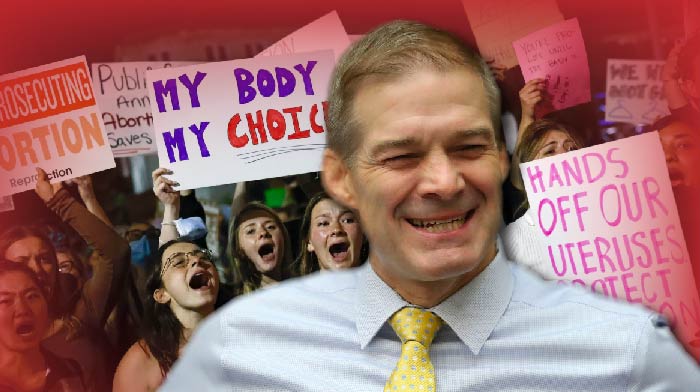 Oh, my Lord, liberals are having the biggest “the-world-is-ending” meltdown you’ve ever seen.

It’s right on par with the meltdown after Trump’s win in 2016, maybe even a tad worse… they’re losing their minds over the SCOTUS leak indicating Roe v Wade would be overturned.

It’s like a meteor is about to hit the US, and these liberal loons are running in circles screaming and yelling and pulling their hair out.

The absurd part of all this is that Roe v Wade being overturned, sadly won’t end abortion. They will simply handle the abortion issue at the state level, but liberals don’t realize this. They are clueless brain-dead zombies who will go banshee on command… and trust me, Dems and media are programming their zombie army to go stark-raving mad over this nonsense.

But Rep Jim Jordan is about to rain all over their hysteria parade with one very uncomfortable fact that will make their meltdown really awkward.

As it turns out Joe Biden wanted to get rid of Roe v Wade back in the 80s.

Guess who supported the idea to let states overturn Roe v. Wade in 1981?

From The New York Times:

It was a new era in Washington in 1981, and abortion rights activists were terrified.

With an anti-abortion president, Ronald Reagan, in power and Republicans controlling the Senate for the first time in decades, social conservatives pushed for a constitutional amendment to allow individual states to overturn Roe v. Wade, the Supreme Court ruling that had made abortion legal nationwide several years earlier.

The amendment — which the National Abortion Rights Action League called “the most devastating attack yet on abortion rights” — cleared a key hurdle in the Senate Judiciary Committee in March 1982. Support came not only from Republicans but from a 39-year-old, second-term Democrat: Joseph R. Biden Jr.

“I’m probably a victim, or a product, however you want to phrase it, of my background,” Mr. Biden, a Roman Catholic, said at the time. The decision, he said, was “the single most difficult vote I’ve cast as a U.S. senator.”

Notice how Dems always must apologize to the radicals of today, for their common-sense decisions of the past?