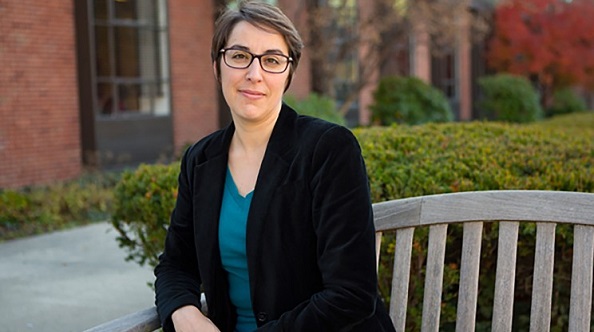 A white SUNY Binghamton lady professor has come beneath hearth for saying white male college students have to hold quiet at school. Yes, she singled out a gaggle primarily based on pores and skin shade and gender.

The professor in query is Ana Maria Candela, who teaches sociology, of all issues. Her syllabus particularly acknowledged that she meant to name on non-white coeds, that means the younger white male minds she’s paid to instruct wouldn’t be receiving equal alternatives, and primarily based solely on race and gender.

“If you are white, male, or someone privileged by the racial and gender structures of our society to have your voice easily voiced and heard, we will often ask you to hold off on your questions or comments to give others priority and will come back to you a bit later or at another time,” Candela wrote.

Per the New York Post: “Sociology Sean Harrigan shone a light on the pigment-specific pedagogy after he filed a Title IX discrimination complaint to the school. Harrigan told The Post Monday that Binghamton officials scrambled to revise the syllabus and later insisted that they opposed the practice.”

Harrigan is an economics main, however nonetheless seen the introduced studying technique as a sociological failure.

“How am I supposed to get a full participation grade if I’m not called on because of the way I was born?” Harrigan mentioned, by way of the Post.

Following all of the hubbub, SUNY Binghamton pressured Candela to replace her foolish syllabus — although it appears no additional punishment is forthcoming.

“The faculty member has updated their syllabus, removing the section in question, and is now in compliance with the Faculty Staff Handbook,” the varsity acknowledged, by way of the Post.

But that’s not all.

“Harrigan said a professor in another class on ‘nonviolent compassionate communication’ — also being offered through Binghamton’s sociology department — strongly encouraged him against choosing America as an example of a compassionate nation,” the Post wrote. “The student said campus opinion is generally split on progressive curricular trends — with some embracing them and others bristling.”