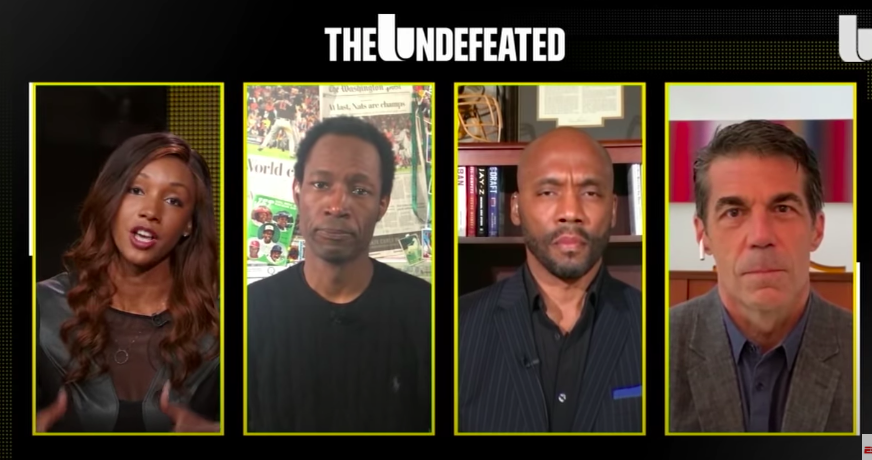 Sports media has relentlessly tried to cancel the tomahawk chop, a signature celebration by Atlanta Braves followers. Their efforts had been stunted this week when MLB commissioner Rob Manfred introduced that he wouldn’t ban the chop at stadiums.

Yates lacked subtlety in contextualizing the reception of the chop — seen as a innocent signage by the vast majority of followers and the chop’s supposed topics. Yates accused the commissioner of selling “caricatures” of the Native American group and equating the chop to “real-life violence.”

In the article titled “Manfred misses the mark with Braves,” Yates acknowledges that Manfred had a dialogue with Indigenous teams to collect any opposing opinions on the chop. Still, the author didn’t relent on his request for cancellation.

“There’s a direct correlation between racist imagery and real-life violence,” claimed Yates, additionally calling the banning of the chop a “no-brainer.”

In signature ESPN style, the journalist was incapable of constructing his accusation of racism with out offering some on their finish. Yates concluded the article by proposing that the Atlanta baseball staff must be renamed the “Cobb County Crackers.” He referred to as baseball “the oldest, whitest” sport in America — a shameless generalization made doable solely in recent times, courtesy of Critical Race Theory’s redefining of what’s racist and never.

One can solely assume that an ideology and its followers which might be eager on canceling something it disagrees might be good arbiters of tradition.

Former President Donald Trump joined The Clay Travis & Buck Sexton Show on Friday to debate how sports activities are being ruined by wokeism. Listen to the interview right here.