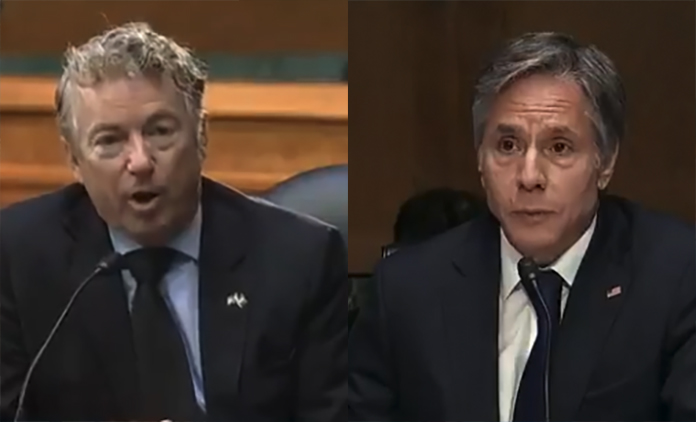 Senator Rand Paul requested Secretary of State Antony Blinken a somewhat easy query Tuesday throughout a listening to on the U.S. exit from Afghanistan. Who was the man the U.S. killed throughout a drone strike in retaliation for a suicide bombing on the Kabul airport? Sen. Paul made this query so simple as attainable: “Was he an aid worker or an ISIS-K operative?”

This isn’t some partisan query that Sen. Paul concocted in his head to play a sport of Gotcha® on Blinken. It’s a query the New York Times requested final week after acquiring safety footage of the drone strike. Seems easy sufficient. Did we blow the fitting man right into a thousand items?

In this case, Senator Paul went out and did the work we pay him to do. He requested the query and Sec. Blinken couldn’t reply it by some means. That’s proper, he couldn’t say, “You’re damn right that was a scumbag we blew to pieces and the world is a better place without that scum of the earth who organized a strike on our soldiers at the airport.”

Instead, that is how Blinken answered the query:

Sen. @RandPaul: “The guy the Biden administration droned: was he an aid worker or an ISIS-K operative?”

Sec. Blinken: “I don’t know because we’re reviewing it.”

Sen. Paul: “You’d think you’d kind of know before you off somebody with a predator drone.” pic.twitter.com/kGWSuTySho

The New York Times reported that the drone strike focused a automotive pushed by Zemari Ahmadi and described him as a “longtime worker for a U.S. aid group.” Even extra damning for the U.S. administration, the Times reviews that Ahmadi wasn’t loading explosives right into a automotive as the federal government has stated. He was “transporting colleagues to and from work,” the newspaper reported.

The U.S. claims there have been three civilian casualties. Ahmadi’s household instructed the Times that 10 members of their household, together with seven kids have been killed.

But Blinken must get again to all of us on this. Of course he received’t.