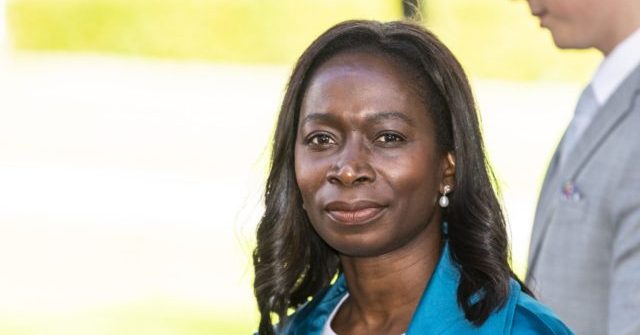 Swedish Liberal Party chief Nyamko Sabuni has referred to as for the European Union to take a “hard-line” in opposition to Hungary and Poland over LGBT points, “even if it means that authoritarian states leave the Union”.

Labelling each Poland and Hungary “authoritarian governments”, Ms Sabuni said in an op-ed for newspaper Expressen: “European co-operation is predicated on a spread of liberal values. These embrace freedom of motion, human rights, and the rule of legislation.

“If you cannot subscribe to these values, then you have nothing to do with Europe. You have punished yourself.”

Dutch PM: Hungary Has No Place in EU After LGBT Teaching Law, Bloc Should Force Hungary ‘to Its Knees’ https://t.co/JnkWZ7sJKq

Sabuni goes on to argue that the European Union ought to maintain a particular summit to take care of the 2 nations, saying: “One of the most important issues at the EU summit will be to draw up new, stricter rules on how countries can voluntarily withdraw from the Union and, if necessary, be forced into exclusion.”

She additionally referred to as for EU money to be minimize off from Hungary and stated: “Receiving money from the EU should never be combined with anti-LGBTQ laws or other human rights violations.”

The name comes after Dutch prime minister Mark Rutte said in June that Hungary had no place within the European Union due to new anti-paedophile laws which additionally included a ban on educators giving courses on transgenderism, various gender identities, and associated LGBT content material.

Prime Minister Viktor Orbán has insisted that “education in schools must not be in conflict with the will of parents; it must at most be supplementary, its form and content must be clearly defined and it must be subject to parental consent,” and that the query of whether or not or not LGBT content material ought to be in Hungarian lecture rooms will not be up to the EU in any case.

“The goal is to force Hungary to its knees regarding this issue. They have to understand that they are either part of the European Union and the community of shared values we are,” Dutch prime minister Rutte stated of his push for the EU to punish Hungary for its schooling reforms.

Hungary’s Justice Minister Judit Varga said she would rise up in opposition to “interference” from the broader EU.

“Hungary has been attacked on an unprecedented scale only because the protection of children and families is our priority, and in view of this, we are unwilling to let [the] LGBTQ lobby into our schools and kindergartens,” Varga stated.

Hungary shot again in opposition to the “unprecedented attacks” from the European Commission over the problem of LGBT ideology being taught in faculties, announcing that deciding how kids are educated is the “exclusive right of Hungarian parents”. https://t.co/lHXxmL0QMo