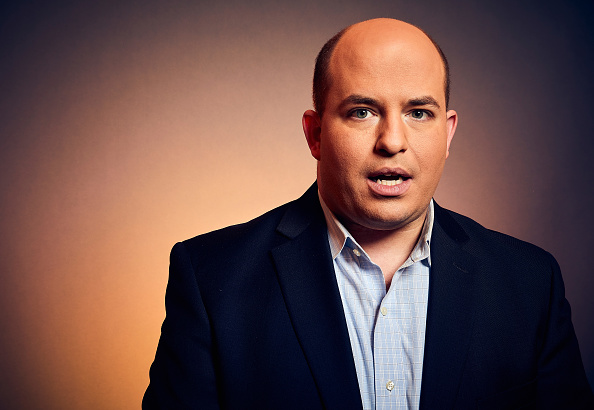 CNN anchor Brian Stelter had himself a tough Sunday after a questionable section involving a sandwich and brutal critique from a visitor left him with extra egg on his face than a croque monsieur.

As seen within the first clip from Sunday’s episode of the Stelter-hosted Reliable Sources, the political pundit took an actual sandwich aside on display to offer his tackle the assorted parts that make fashionable information shops credible — a proverbial sandwich of teamwork that his community has been accused of missing. Along with some salt.

Using the section as an assault on Fox News, with a specific point out of host Tucker Carlson, Stelter’s failed lesson on the media left him the largest loser to advertise a sandwich on TV since Jared Fogle.

Representing the cheese at CNN after a string of stinking rankings, Stelter’s self-celebration got here to an finish when visitor and writer Michael Wolff gave a fully ruthless evaluation of Stelter’s function in media disinformation and mistrust.

The writer said the next:

“I believe the media has achieved a horrible job on this. I believe you your self, whilst you’re a pleasant man, you’re filled with sanctimony. You’ve turn into one of many components of the issue of the media. You come on right here and you’ve got a monopoly on reality …

“You are, why, one of the reasons people can’t stand the media. Sorry …”

Stelter nervously laughed off the feedback, “You’re cracking me up.”

“It’s your fault,” mentioned Wolff, earlier than the CNN anchor requested his visitor for advise.

“Don’t talk so much, listen more … the media exists in their own bubble.”