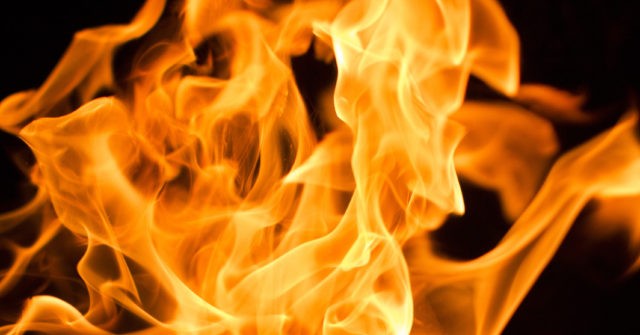 A Canadian radio character known as for the burning of church buildings, as information retailers have reported extra Catholic and Anglican church buildings being burned in components of the nation, totally on First Nations reserves.

Radio host Nesta Matthews, who presents a morning programme for The Wave radio station in Saint John, New Brunswick, known as for the burning of church buildings and for arrests in response to unmarked graves being discovered at Canadian residential colleges on First Nations reserves.

“Burn the churches down. Arrest any former staff that were actually there & any current staff that won’t provide documentation. Sell everything they own in Canada and give it to survivors. Dismantle it completely,” Matthews mentioned.

The graves had been discovered close to residential colleges, which had been created in the nineteenth century to assimilate First Nations youngsters and concerned the Canadian authorities and church buildings.

The tweet was criticised by many, together with Toronto Sun columnist Candace Malcolm, who questioned whether or not the assertion would represent hate speech below a new hate crime invoice proposed by Prime Minister Justin Trudeau’s Liberal Party.

The assertion comes as a number of church buildings, primarily Roman Catholic, have burned down in components of Canada in current weeks.

On June 14th, the 204-year-old St. John’s Anglican Church caught hearth on the Six Nations First Nations reserve in Ontario, with one native linking the blaze to the protests over the discovering of graves in Kamloops.

The Sacred Heart Church in Penticton and St Gregory’s Church on Osoyoos Indian Band lands, each over 100 years outdated, had been destroyed simply weeks later and Royal Canadian Mounted Police (RCMP) later acknowledged each fires had been suspicious.

Another church, St. Paul’s Anglican Church on the Gitwangak Indian Band’s land in northwestern British Columbia, additionally caught hearth final Saturday, the fifth church set ablaze in the province in only a week.

In southern Alberta, police reported that the Siksika First Nation Catholic Church had caught hearth in a suspected arson assault. The native hearth division extinguished the hearth earlier than it led to intensive injury.

Since the begin of June, many church buildings throughout Canada have been broken in suspicious fires, whereas others, such as St. Paul’s Co-Cathedral in Saskatoon and a church in Mississauga, Ontario, have been vandalised.

Woke mobs have ripped down statues of the Queen, her ancestor Queen Victoria, and explorer Captain James Cook in Canada. https://t.co/PWEYfWVW8Q