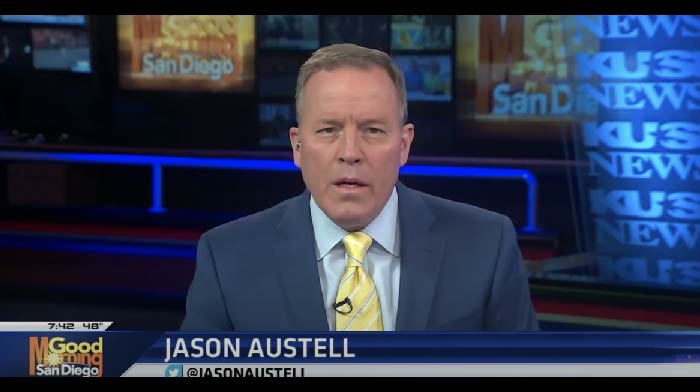 A local news report has shocked everyone. KUSI out of San Diego filed the report that revealed life insurance companies are scratching their heads over this wildly enormous increase in deaths of people ages 18-49 years old. It’s gone up by 40 percent. Yes, I said FORTY PERCENT, which is a stunning increase. And if that wasn’t bad enough, there’s also been a huge spike in miscarriages, and Bell’s’ Palsy. Gee, I wonder what’s making this happen? It’s a mystery, if only we had some clue about what could be causing this.

Obviously, I am being sarcastic, and I shouldn’t be, because this is a really sad and serious situation, and one that many of us saw coming from a mile away. But I am sarcastic because I am not allowed to discuss this topic openly, without fear of being shut down by “fact-checkers” who are out there, roaming the internet, making sure nobody is speaking out against the Regime’s approved messaging.

Will news reports like this local one here, finally open people’s eyes to what’s likely happening, and at the very least, start an honest conversation and research investigation into it?

BREAKING: U.S. life insurance companies have said that deaths have an unexplainable increased by 40% in 18-49 year olds.

Day after day after day I do these stories about young people dropping dead out of nowhere, or going to sleep and never waking up, and people are just like “Oh, how sad, thoughts and prayers…” And I am sitting here thinking, “Has everyone lost their minds? LOOK INTO THIS!!”… But it seems more important for people to protect the narrative than their health, doesn’t it? They don’t want to admit they were wrong and hoodwinked by a government that they trusted, and the government that pushed this stuff, won’t admit it, because they want to stay in power.

But hey, that’s just my opinion, and according to “fact-checkers,” you shouldn’t listen to me, because I’m just a conspiracy kook.