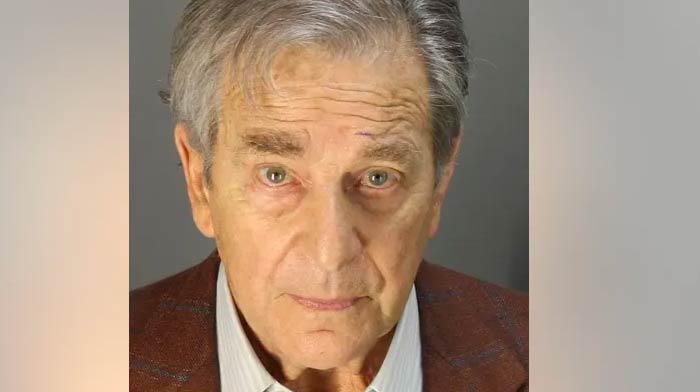 Well, we have new info on the Paul Pelosi DUI arrest. Some disturbing details have leaked out, and you probably won’t be surprised, but I am sure you’ll be disgusted. We’re now learning that Paul had a “drug” in his system. I don’t know what it was. I am not sure if it was illegal or prescription. All we know is that it’s a “drug.”In addition, the newly leaked info states that Paul Pelosi was actually really lit up when the cops got there. He was visibly a mess, and his eyes were bloodshot red. Police say he was slurring like crazy, and here’s the kicker… Paul tried to use a “get out of jail free card” with the cops, by slipping them a membership card he has for a Cali Highway Patrol charity. What a bum. He’s wasted enough that he can’t drive, but he can still lie and use his “liberal privilege.”

Also, there are injuries now being reported.

Fox News reported that Paul Pelosi, the multimillionaire husband of House Speaker Nancy Pelosi, allegedly had a drug in his system, addressed officers with slurred speech, and tried to hand them a police courtesy card during his May arrest on DUI charges, according to court documents.  Pelosi’s 2021 Porsche and the other driver’s 2014 Jeep sustained “major collision damage” in the crash around 10:17 p.m. on May 28, and responding officers found Pelosi in his driver’s seat in his damaged car near the intersection of California Route 29 and Oakville Cross Road.

Pelosi allegedly handed officers his driver’s license and an “11-99 Foundation” card when they asked for his ID, according to the documents. The 11-99 Foundation is a California Highway Patrol charity that supports officers and provides scholarships for their children.

Pelosi allegedly exhibited “signs of impairment” during field sobriety tests and officers “observed objective signs and symptoms of alcohol intoxication,” according to the documents.

“He was unsteady on his feet, his speech was slurred, and he had a strong odor of an alcohol beverage emanating from his breath,” the complaint alleges.

The gentleman that Pelosi careened into, and could’ve killed has developed chronic headaches and trouble lifting things with his arm, since the accident.

I smell a civil lawsuit coming, and I hope this guy takes Paul and Nancy to the cleaners.