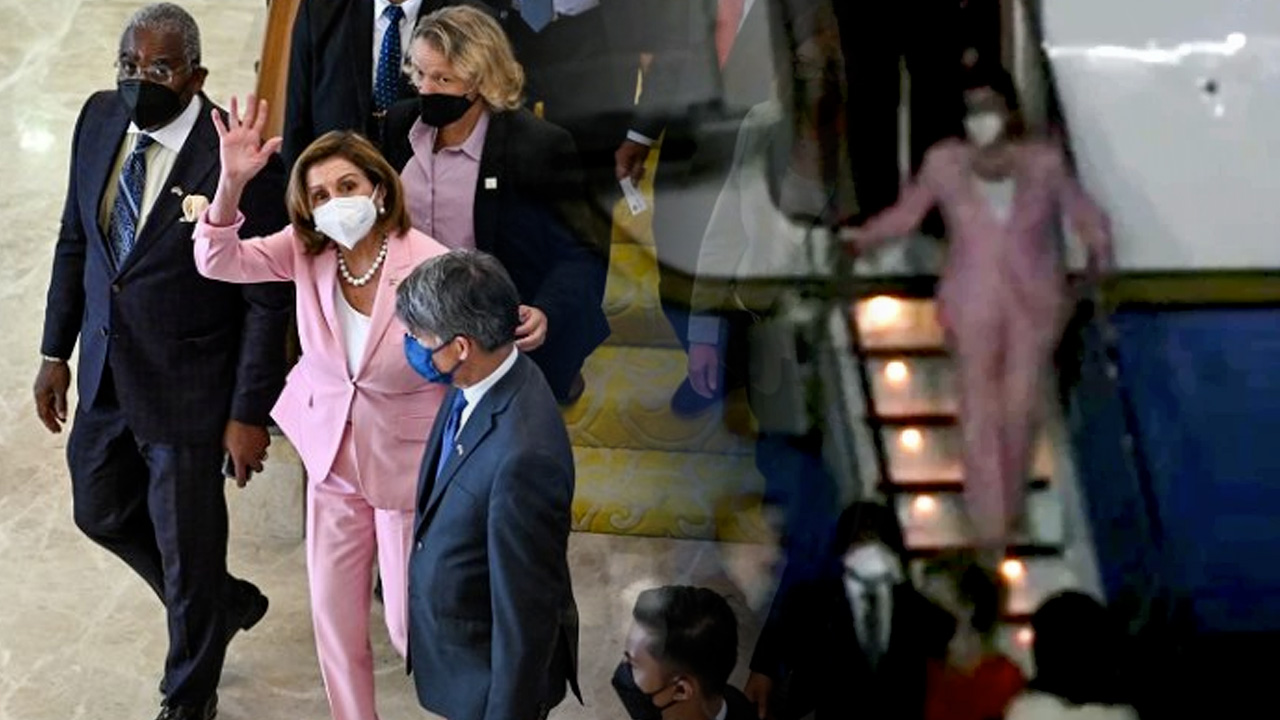 Nancy Pelosi, speaker of the U.S. House of Representatives, traveled to Taiwan on Tuesday despite repeated requests from mainland China, which regards the democratic island nation as part of its own territory.

As part of her visit of Asia, Pelosi and members of a congressional delegation arrived at Taipei Songshan Airport in the Taiwanese capital soon after 10:40 p.m. local time. She spent Monday in Singapore and Tuesday in Malaysia. Her administration had previously stated that she would visit South Korea and Japan as well, but hadn’t mentioned a stopover in Taiwan until after her jet had landed on Tuesday night under the cover of darkness.

In a joint statement released on Tuesday, Pelosi and the delegation said that their trip to Taiwan “honors America’s unshakable commitment to support Taiwan’s thriving Democracy.” “Our visit is a part of a larger trip to the Indo-Pacific region, which also includes stops in Singapore, Malaysia, South Korea, and Japan. This trip is centered on promoting economic cooperation, democratic government, and mutual security. Reiterating our support for our partner and pushing our common interests, such as creating a free and open Indo-Pacific area, will be the main topics of our discussions with Taiwan’s leadership. America’s support for Taiwan’s 23 million citizens is more crucial than ever right now as the globe struggles to decide between despotism and democracy.”

The Taiwan Relations Act of 1979, the U.S.-China Joint Communiques, and the Six Assurances, which govern long-standing U.S. policy, are not in any way violated by the congressional delegation’s trip to Taiwan, they said. The US continues to be against unilateral attempts to alter the status quo.

The highest ranking American official to visit Taiwan in the past 25 years is Pelosi. Beijing views any official interaction with Taiwan as an acknowledgment of its democratically elected government, which the Communist Party, which rules the mainland, claims has no authority to manage international affairs.

Xinhua, China’s biggest state-run news agency, made the announcement that live-fire military operations would take place from Thursday to Sunday in the airspace and waters near and around Taiwan just minutes after Pelosi’s arrival was confirmed.

The armed command in charge of “defending China’s sovereignty in the East China Sea,” which includes Taiwan, has also declared that it will begin a series of coordinated military actions surrounding the island on Tuesday night, according to the Chinese Ministry of National Defense. According to the ministry, the exercises will involve “combined air and sea exercises,” “long-range live ammunition shooting in the Taiwan Strait,” and “regular-guided fire testing in the eastern waters of Taiwan Island.”

The ministry issued a statement on Tuesday saying, “This move is a solemn deterrence against the huge escalation of the U.S.’s recent unfavorable measures on the Taiwan problem, and a serious warning to the ‘Taiwan independence’ forces seeking ‘independence’.”

In response to the U.S. House Speaker’s visit to Taiwan, China, the Chinese Ministry of Foreign Affairs also issued a statement, promising to “take all necessary measures to resolutely defend national sovereignty and territorial integrity,” adding that “the U.S. and the ‘Taiwan independence’ separatist forces must be responsible for all the consequences.”

The 3,000-member ceremonial legislature of China “firmly rejects and strongly condemns,” according to a National People’s Congress spokesperson, Pelosi’s visit to Taiwain.

The Taiwan Affairs Office of the Chinese Communist Party referred to Pelosi’s trip as “an intensification of the Taiwan-US cooperation, which is very terrible in character and has very significant effects.”

White House spokesman John Kirby tried to play down China’s declaration of significant military exercises in the vicinity of Taiwan in the coming days in Washington, D.C. Kirby said that the statements made thus far are consistent with the “playbook” he had described on Monday.

Speaking to reporters on Tuesday, Kirby said of Pelosi, “She has every right to go. “She is a member of Congress and the speaker of the House of Representatives, and it is common for lawmakers to visit Taiwan. Furthermore, a speaker of the House visiting Taiwan is not unusual.”

Kirby promised that the US government will keep Pelosi’s visit “safe and secure.”

“We back her visitation rights, “Added he. We’ll see to it that the visit is secure and safe.

Following indications that Pelosi was considering such a trip, Chinese officials responded angrily, prompting their appearance.

At a press conference on Monday, Zhao Lijian, a spokesman for the Chinese Ministry of Foreign Affairs, stated that Beijing “would take stern and powerful measures” if Pelosi visits Taiwan.

Zhao said, “We want to reiterate to the US side that the Chinese side is fully prepared for any eventuality, that the People’s Liberation Army of China will never sit idly by, and that we will make resolute response and take strong countermeasures to uphold China’s sovereignty and territorial integrity. “We will take tough and robust actions to preserve national sovereignty and territorial integrity,” the statement reads. “We have emphasized on numerous occasions our grave concern and solemn attitude that we vehemently reject Speaker Pelosi’s attempted travel to Taiwan territory.”

He continued, “Peace and stability across the Taiwan Strait are supported by the One China principle.” “The United States is the one that has consistently undermined the One China policy and made careless comments regarding the Taiwan issue, escalating tensions across the Taiwan Strait. Recently, the U.S. side has started to emphasize the necessity of preserving each nation’s sovereignty and territorial integrity. We hope that the American side will talk and act on the Taiwan issue without using a double standard.”

Beijing views Taiwan as its territory and as a rebellious province that must be reconciled with the mainland by force if necessary, in accordance with the so-called “One China principle.” The United States has a “One China Policy” that acknowledges that Taiwan and Mainland China are both parts of “One China,” that Beijing is the only legitimate government in China, does not support Taiwan’s independence, but rather views the situation as “unsettled.” Additionally, Washington supports the independent island militarily and has strong commercial and informal relations with it.

Following a civil conflict between the Nationalist Party’s and the Communist Party’s troops, Taiwan broke away from mainland China in 1949. The nationalists fled to the island of Taiwan, where they created their new capital, as the communists seized power on the mainland.

Both sides concur that they belong to the same nation, but they dispute over who should be in charge of it. The island’s economy is still dependent on trade with the mainland even though there are no official relations between the two.

In 1979, the United States transferred its diplomatic recognition from Taipei to Beijing. The Taiwan Relations Act, which took effect in the same year, mandates that Washington give Taiwan the tools necessary to protect itself.

Kirby told reporters he could “assure” Pelosi would be able to “travel safely and securely” when asked what preparations were “being made in advance to ensure there won’t be any harmful fallout if she does indeed go to Taiwan.”

He said, “The speaker makes her own decisions. “And what we did was give her context, analysis, data, and knowledge so she could decide for every stop and every international trip in the best way possible.”

Kirby claimed that China, which the United States was “not threatening,” was the cause of the rising tensions. He claimed that Pelosi’s probable travel would not “alter the status quo” with regard to China and Taiwan since it would follow precedent.

After meeting with the Chinese President Jiang Zemin in Beijing in 1997, then-House Speaker Newt Gingrich traveled to Taiwan.

Hua, however, stated to reporters on Tuesday that Pelosi’s visit would not have a “excuse.”

“The wrongdoings of a few American politicians in the past shouldn’t serve as a precedent, much less a justification for the US to act incorrectly with regard to Taiwan,” she said.