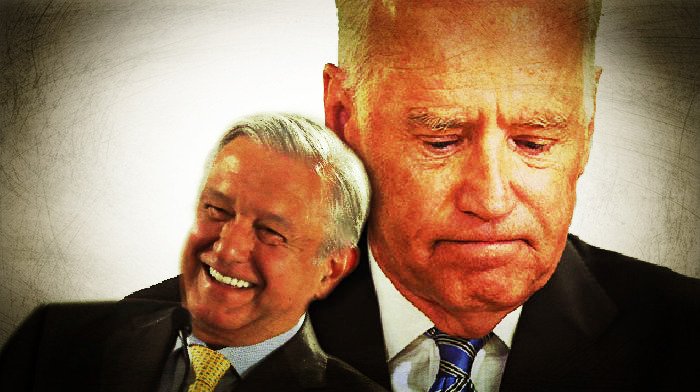 Nobody respects Joe Biden, and nobody takes him seriously.

He’s correctly treated like a confused old granddad who belongs in a nursing home.

That’s how other world leaders treat him, and that’s how Joe Biden should be treated.

The man should be in a memory care unit, not the White House, and certainly not on the world’s stage.

Just the other day, Biden was telling a bizarre story about oil on his mom’s windshield in Delaware, and he claimed that he has cancer.

Not past tense — present tense cancer, from windshield oil.

So, is it any surprise when world leaders mock Joe, or don’t take him or his goofy threats seriously?

And that’s exactly what’s happening right now with Mexico’s President who just made Joe look like a complete and total dope.

“Ooooh, I’m so scared…,” Obrador sarcastically said when asked about possible U.S. enforcement measures for practices that allegedly favor Mexico’s national energy companies, CFE and Pemex, the WSJ reported. Obrador made the comments on the same day that United States Trade Representative Katherine Tai announced the United States has requested dispute settlement consultations with Mexico under the United States-Mexico-Canada Agreement (USMCA), which could end up placing penalties on some Mexican exports if the two sides can not come to an agreement.

Mexico is the United States’ second largest trading partner behind Canada, but Obrador and President Joe Biden have been increasingly at odds in recent months, including on matters of trade policy, energy and the extradition of WikiLeaks founder Julian Assange, according to the WSJ.

This was supposed to be the “adults are back admin, right?

That’s what we were told, and instead of that, we’ve got one humiliating blunder after another, and a man who other world leaders are mocking in front and behind his back.