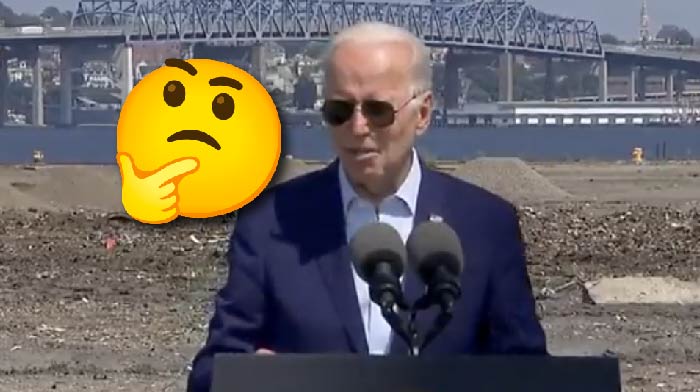 Now, I don’t know if this is actually true, or if he just screwed up what he was saying… as you know by now, it’s hard to tell with this guy.

But during the presser, he said, “I and so many other people I grew up with have cancer.”

And that was enough to have everyone online – Dems and Republicans, discussing Joe’s cancer.

Biden: “You had to put on your windshield wipers to get literally the oil slick off the window. That’s why I and so damn many other people I grew up have cancer.” pic.twitter.com/3Y0wkVcK58

“That would explain a lot about memory/brain fog due to treatments if true.”

“And with this one line, none of the rest of the renewables speech will get attention.”

“What?! Does he have cancer? I know we have to read in between the lines within him. He’s a terrible president but I don’t wish any harm on him. He’s in my prayers”

“His presidency is cancerous.”

If true, we need to know when he found out, and how long he’s been treated for this cancer.

I looked it up and he’s never had cancer, which I can find in his medical records.

Personally, I think he got very confused and was once again, trying to talk about his son Beau.

I think Biden has Alzheimer’s not cancer. Either way, we don’t wish ill on him, but we do wish he’d leave the White House.