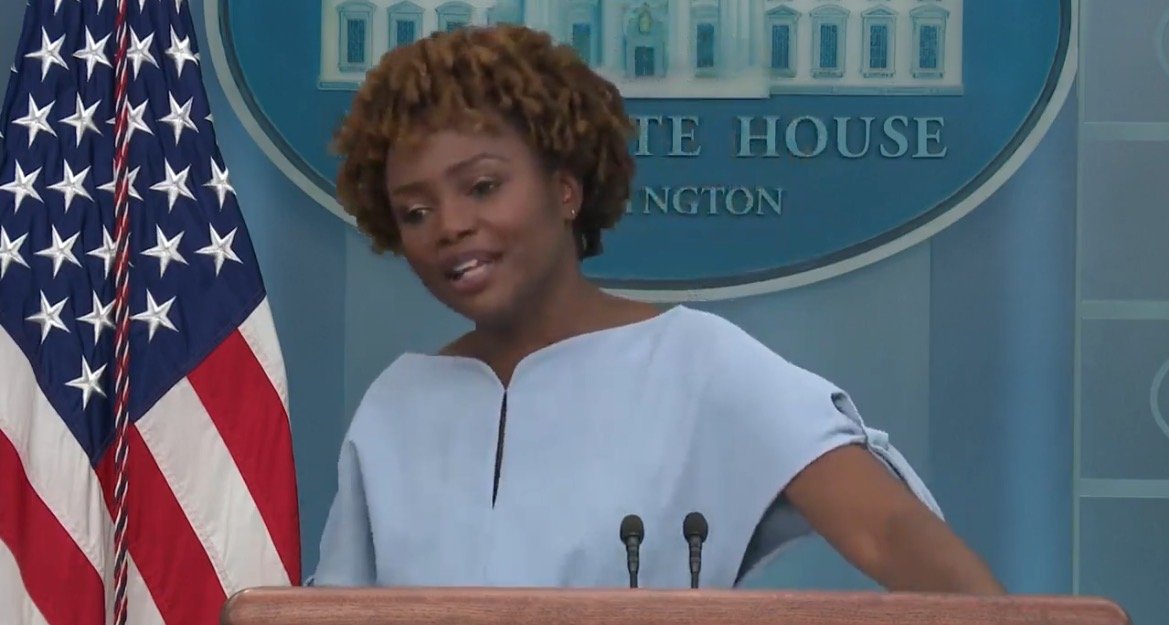 White House Press Secretary Karine Jean-Pierre had no answer for why Joe Biden left his son Hunter a voicemail regarding the family’s business deals in China.

Last week it was reported, Joe Biden left a voice message with his drug addict son Hunter Biden about a ‘Chinese Spy Chief’.

This latest release tells us that Joe Biden lied about not speaking with Hunter about his foreign business activities.

Listen to message below:

Fox News reporter Peter Doocy asked Karine Jean-Pierre why there was a voicemail from Joe Biden talking to his son about his overseas business dealings if Joe Biden had said he’s never spoken to Hunter about his international business activities.

Doocy pushed back on Karine Jean-Pierre but she continued to lie and obfuscate.

She continued, “I am not going to talk about alleged materials from the laptop.”

The post Karine Jean-Pierre Has No Answer For Why Joe Biden Left Voicemail For Son Hunter Wanting to Talk About Biden Family Business Dealings in China (VIDEO) appeared first on The Gateway Pundit.