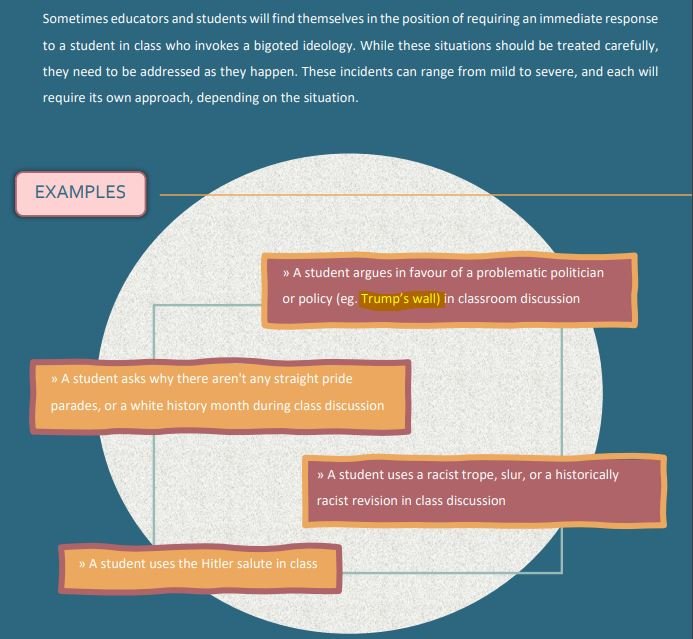 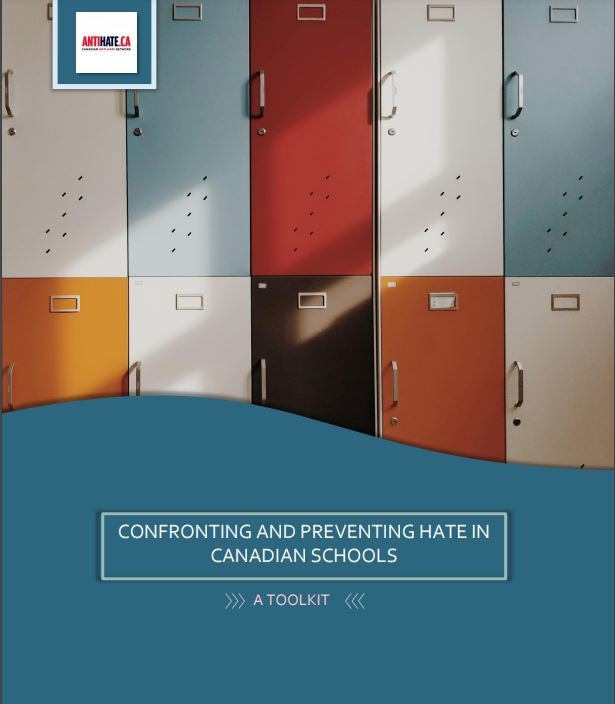 The free world is losing Canada.

Under the Trudeau regime Canadians continue to lose their rights to assemble, practice their religion, and speak freely.  Now the government is teaching children that ‘free speech’ is a common defense of hate propaganda and a border wall between countries is racist.

The tool for children is titled: “Confronting and preventing hate in Canadian Schools.”

From page 31 of the pamphlet — President Trump’s border wall is described as a good example of hate.

The government-funded group also describes the conservative party as a group whose members include bigots, groypers, and white nationalists.

A booklet made for school children that calls the Red Ensign flag a hate symbol and identifies the Conservative Party as a target of “infiltration” by racists was approved by Cabinet yesterday as a taxpayer-funded project.

“This new resource will be delivered through workshops in schools across the country and it will help raise awareness with students,” Diversity Minister Ahmed Hussen told reporters. The booklet would help “teach core values to our kids,” he said…

The booklet refers to the Conservative Party twice as a group whose members include bigots and “groypers” defined as a “loose collection of young white nationalists.” Without elaborating, the guide writes that “they sometimes attempt to infiltrate mainstream Conservative political parties.”

“In 2020 McMaster University Conservatives were scrutinized by allowing members with overly bigoted beliefs and ties,” wrote CAHN. They also cited their own website as a source. Common “conservative campus groups” were also named.

No other political parties were named in the guide.

The guide also asks children to challenge other students who speak in favour of “problematic” public office holders. “Sometimes educators and students will find themselves in the position of requiring an immediate response to a student in class who invokes a bigoted ideology,” it says.

“While these situations should be treated carefully they need to be addressed as they happen,” the guide writes. “These incidents can range from mild to severe and each will require its own approach depending on the situation. Examples: A student argues in favour of a problematic politician or policy, e.g. Trump’s wall, in a classroom discussion.”

In addition, children should be aware of classmates who invoke “a free speech issue” in political conversations. Citing free speech was among “common defenses of hate propaganda,” said the guide.

The post Canadian Government Creates Pamphlet to Teach School Children that “Trump’s Wall” is Racist and “Free Speech” is Common Defense of “Hate Propaganda” appeared first on The Gateway Pundit.