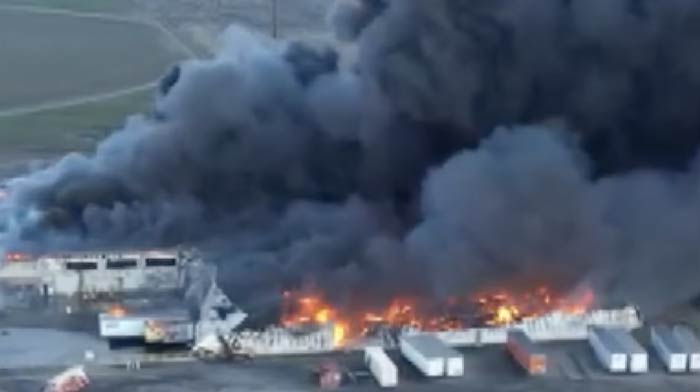 The Regime would appreciate it if you stopped “noticing” things.

As a matter of fact, they’re so against “noticing” that they’ve employed an army of “fact-checkers” who will swoop down on you with lightning speed and “debunk” whatever you just noticed, and they’ll do it in record time, to boot.

It’s really quite a sight to see.

One of the things you’re not supposed to notice is the absurd number of random/healthy people who are suddenly dying in their sleep.

Please, just look away. There is nothing to see here, you hysterical Qanon kooks…

Another thing they’d prefer you didn’t notice is the large number of food plants that keep randomly catching on fire.

Kindly, go about your business. This is totally normal, you deranged conspiracy theorist…

MORE NEWS: [VIDEO] Lauren Puts On Her Cowboy Hat And Dances All Over Dems and RINOs After Blowout Primary Win

That’s what it feels like every time you dare to notice anything that is not “Regime approved.”

Somehow, these magical fact-checkers fly in at warp speed and have it all figured out.

I don’t know how they’ve thoroughly investigated all these “sudden deaths” so quickly, but apparently, they did, and they also interviewed independent sources who have been running tests and research on the situation, and have all the backup data to prove it.

Well, no, not really…

But please don’t notice that…

Same thing goes with all these food plant fires.

You’re not allowed to wonder why this happened, because if you do, you’re a right-wing radical, spreading disinformation.

Well, luckily, that’s not stopping people from asking “why.”

The American spirit of freedom and conversation lives on, for now…

And he’s not the only one who’s curious over at Fox.

Tucker has been asking the same question for a while now.

Trust me, this is a topic that MANY people are interested in and have strong opinions on:

“They need famine to make communism look appealing. If you’re already starving your more likely to adopt it.”

“Sean Hannity is just now catching UP????? How many times have we all been posting the Food warehouse’s,the meat processing Plants, the mass killing of farm animals, for MONTHS and MONTHS…”

“How else can they force people to eat the bugs?”

“Our country is being intentionally destroyed from within.”

“This is a controlled collapse of the food supply”

“I mean, I get Sean’s late to the party, but still glad he’s covering it”

Better late than never, glad Sean is covering this, because it is concerning, especially at a time when many shelves are still bare, and food costs are so high.

There’s nothing that feels stable about Biden’s economy or his senile, communist version of America.

It’s very understandable that people are worried and want to discuss worrisome issues.

This is America, and we should still be able to do that, without “fact-checkers” deciding our thoughts for us.