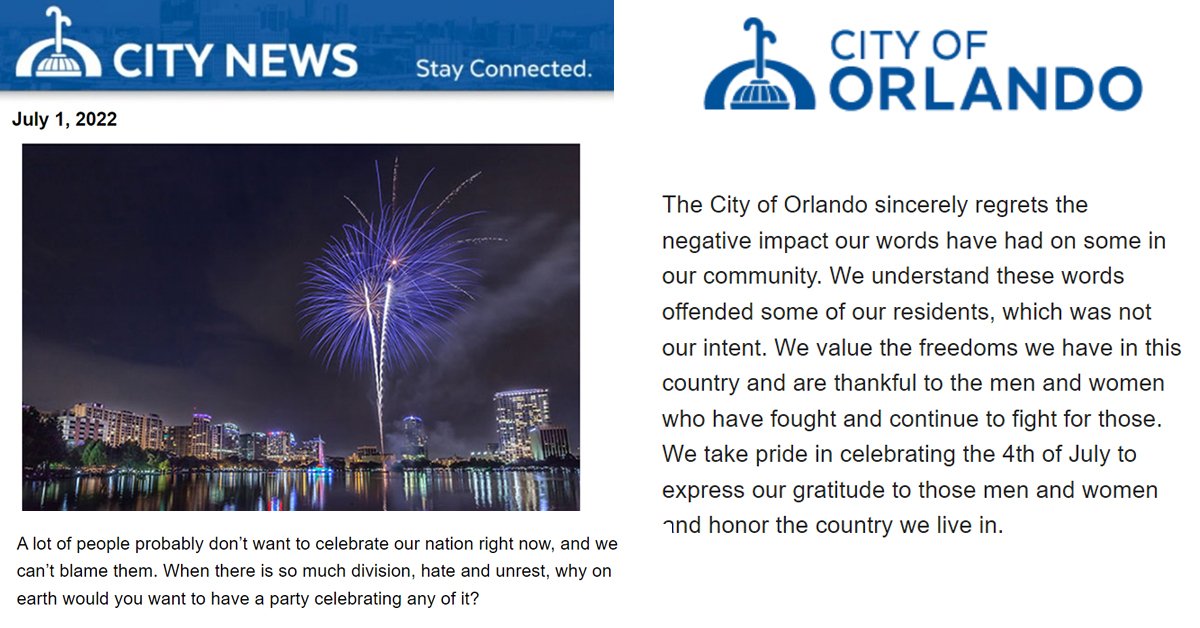 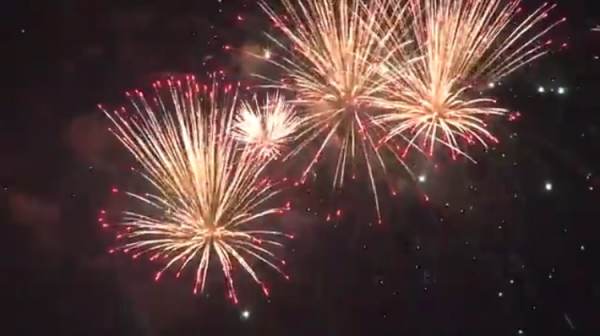 The city of Orlando has issued a statement saying that they “regret” sending out an email promoting their fireworks display that said “a lot of people probably don’t want to celebrate our nation right now, and we can’t blame them.”

The original statement about the 4th of July fireworks, sent out on Friday, claimed that the nation is full of “hate” and “unrest.”

“A lot of people probably don’t want to celebrate our nation right now, and we can’t blame them. When there is so much division, hate and unrest, why on earth would you want to have a party celebrating any of it?” the email said. 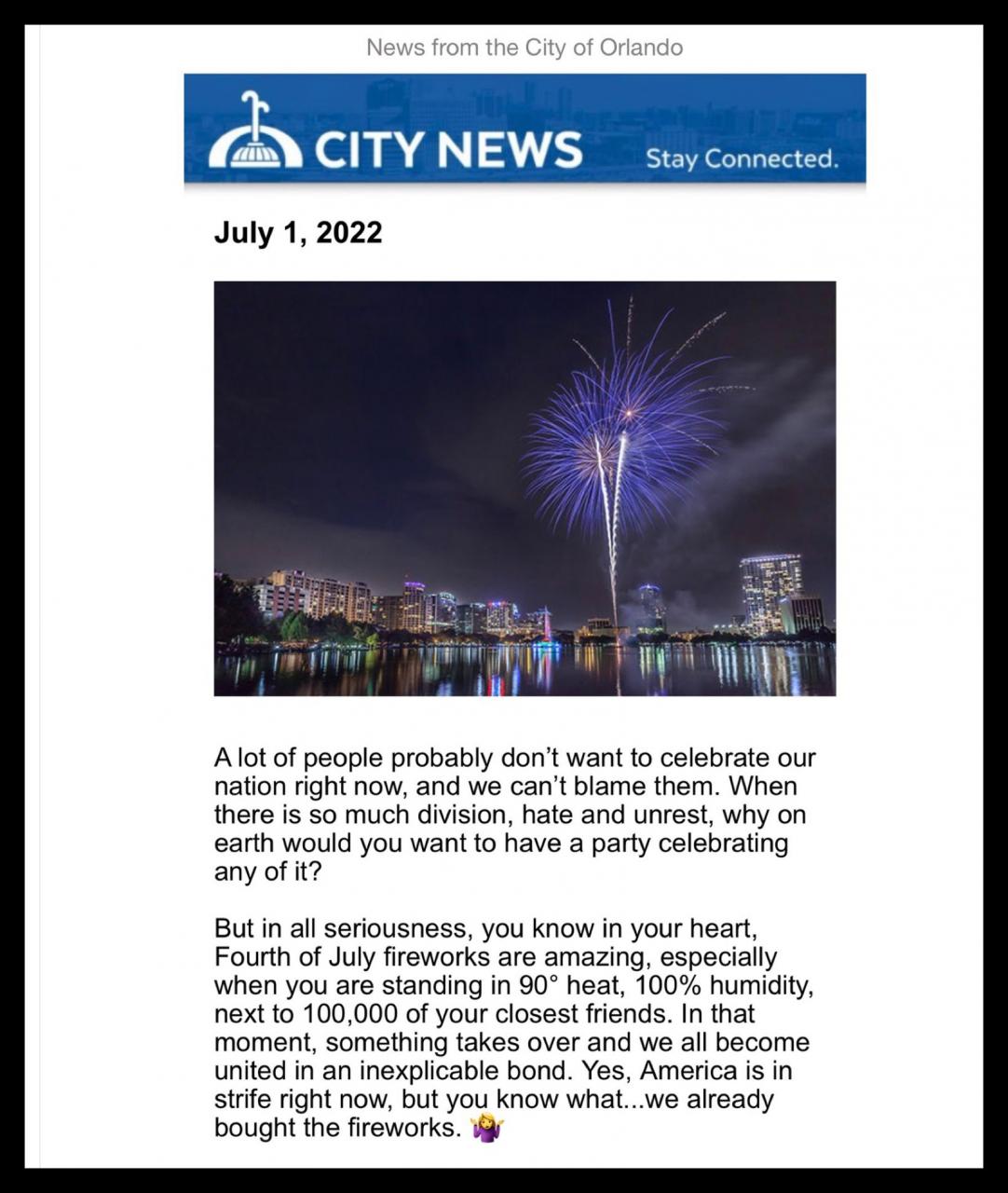 The email concluded by saying, “Yes, America is in strife right now, but you know what… we already bought the fireworks,” along with a shrugging emoji.

Naturally, many people were upset about the email, including the Fraternal Order of Police Lodge 25 — who issued a statement condemning it.

“The members of the Fraternal Order of Police Lodge 25 are proud Americans who will continue to serve with Courage, Pride and Commitment to uphold their oath to defend our community and this country. We do not share the same views as the City of Orlando and find their comments inflammatory and in poor taste,” the FOP Lodge 25 said in a statement.

In an apology, which did not include an actual apology, the city issued another statement saying that it “sincerely regrets the negative impact our words have had on some in our community. We understand these words offended some of our residents, which was not our intent.”

The statement went on to claim that “we value the freedoms we have in this country and are thankful to the men and women who have fought and continue to fight for those. We take pride in celebrating the 4th of July to express our gratitude to those men and women and honor the country we live in.”