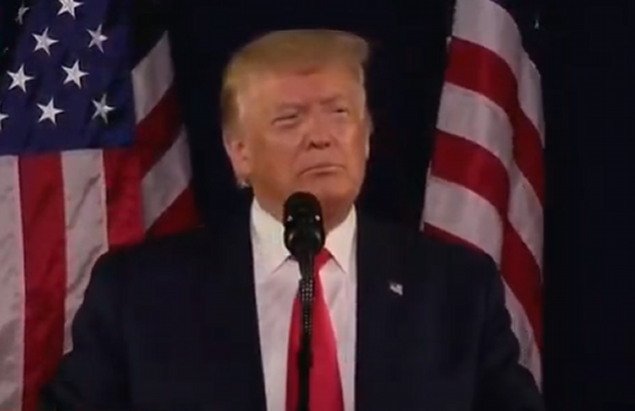 Do you remember President Trump’s inspiring July 4th speech at Mount Rushmore in 2020?

Maybe you remember it but not the details.

This year, rewatching the speech is a great way to observe Independence Day.

Here’s a partial transcript from the White House:

Our Founders launched not only a revolution in government, but a revolution in the pursuit of justice, equality, liberty, and prosperity. No nation has done more to advance the human condition than the United States of America. And no people have done more to promote human progress than the citizens of our great nation. (Applause.)

It was all made possible by the courage of 56 patriots who gathered in Philadelphia 244 years ago and signed the Declaration of Independence. (Applause.) They enshrined a divine truth that changed the world forever when they said: “…all men are created equal.”

These immortal words set in motion the unstoppable march of freedom. Our Founders boldly declared that we are all endowed with the same divine rights — given [to] us by our Creator in Heaven. And that which God has given us, we will allow no one, ever, to take away — ever. (Applause.)

Seventeen seventy-six represented the culmination of thousands of years of western civilization and the triumph not only of spirit, but of wisdom, philosophy, and reason.

And yet, as we meet here tonight, there is a growing danger that threatens every blessing our ancestors fought so hard for, struggled, they bled to secure.

Watch the whole thing below:

This was undoubtedly one of Trump’s best and most important speeches.

Perhaps he’ll give another one like it in the future.