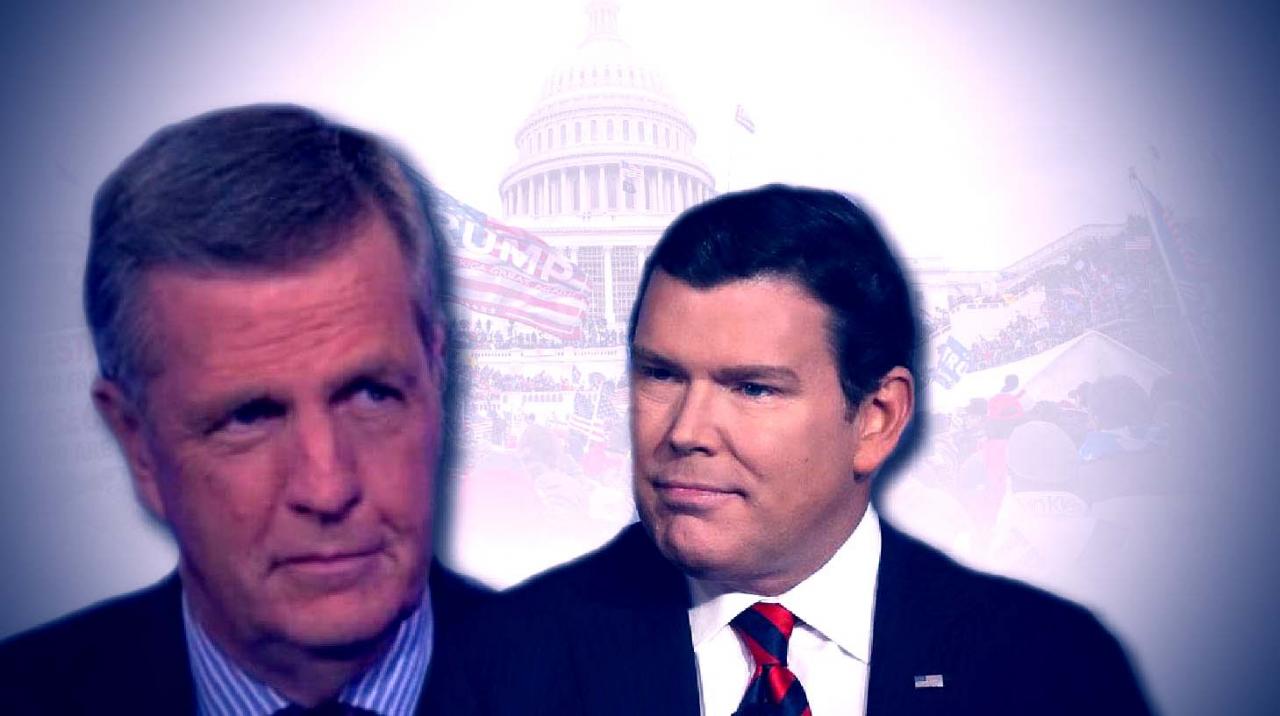 The reason so many people were outraged over Bret Baier’s slobbering comments about the so-called dramatic bombshell story from Cassidy Hutchinson, which was debunked, is the unfairness and absurdity of this entire sh*t show (pardon my French).

Why is any legit/professional journalist giving any validation to this half-baked political stunt?

My God, have some ethics, would you, Sir?

This is a complete and total “show trial” that would make Kim Jong-un blush. He wishes he could be so bold with his enemies.

Pelosi kicked off any actual Republicans who would have represented half the country and replaced them with knuckleheads that have Stage 5 TDS oozing out of their pores.

MORE NEWS: [VIDEO] Have You Seen The New “Body Scooping” Robot? Many Wondering Why It’s Being Rolled Out NOW?

At this point, anyone who actually thinks Liz “Karen” Cheney and Adam “Boo-hoo” Kinzinger are “Republicans,” needs their heads examined.

Good lord, during the Salem Witch Trials, the accused were allowed to respond before they were burned at the stake.

President Trump doesn’t even have that luxury.

So, yes, to give this communist circus any serious validation is an insult to America’s intelligence… What Dems and RINOs are doing is horrific, and our stupid media is standing by, clapping like the stupid seals they are…

“tHaT wAs tHe mOsT dRaMaTiC tEsTimONy siNCe WateRgaAte.”

So, you can imagine my delight when I saw that Mr. Mild-Mannered himself — Brit Hume — finally spoke up about this nonsense.

It started when Byron York responded to a Twitter user who defended the J6 committee, by claiming it’s “not a court.”

Here’s what Byron said: “There’s a long tradition of adversarial process in congressional hearings/investigations. You don’t have to compare it to a trial to know something is wrong with the J6 committee.

And here’s what Brit said in response to Byron: “I’ve covered Washington for more than 50 years, including 11 years covering Congress specifically. I’ve never seen a committee all of whose members were chosen by one party, and where there is no cross-examination or any attempt to present both sides.”

I’ve covered Washington for more than 50 years, including 11 years covering Congress specifically. I’ve never seen a committee all of whose members were chosen by one party, and where there is no cross-examination or any attempt to present both sides. https://t.co/7bjCm3O9Ez

Let’s hope that Brit has a talk with his buddy Bret, who is apparently so “star-struck” by the J6 soap opera, “As The Capitol Turns,” that he can’t think clearly.

Bret doesn’t care about what’s real, or how this so-called “evidence” is being obtained and shared… he’s just mesmerized by the drama.

It’s really disgusting and says a lot about Bret.

Let’s not forget, this is the same guy who was sitting there on election night when Arizona was called for Biden on Fox News.

I am telling you, Fox is NOT your friend.

The sooner you realize that, the better.