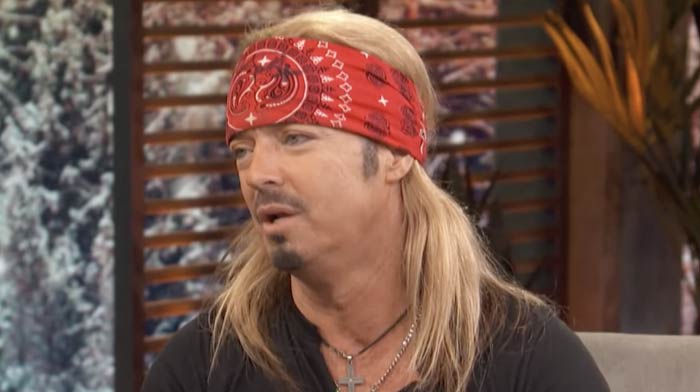 Lead singer of the 80s band Poison was rushed to the hospital just before he was set to take the stage in Nashville for a concert tour with Motley Crue and other 80s bands.

Bret Michaels, who’s had many serious health scares, due in part to his diabetes, was reportedly taking “COVID” medication, when he had a bad reaction.

The reaction was so bad that he had to be rushed to the hospital and he was admitted.

TMZ reported that sources connected to Bret tell TMZ … he may have had a bad reaction to medication that is related to COVID … medication that triggered a reaction as a result of his diabetes.

Bret Michaels is currently being treated in a Nashville hospital … a medical emergency that occurred just before he was set to get on stage with Poison.

The band is part of a massive stadium tour with Def Leppard, Motley Crue and Joan Jett. Audience members claim members from Poison got on stage Thursday night and let the crowd know Bret had to go to the hospital for a bad reaction to medication.

MORE NEWS:  We Told You Dems Wanted to Get Rid of KJB, And Right On Cue, Her “Friends” Are Turning On Her

As a result, the other band members announced they wouldn’t be able to perform their set.

I am not sure what Bret was taking, obviously, but this story reminded me of another one I read earlier today, about Fauci taking COVID medication and having a horrible “rebound.”

CNN Reported that Dr. Anthony Fauci, director of the National Institute of Allergy and Infectious Diseases and President Biden’s chief medical adviser, recently revealed he is experiencing a rebound of his Covid-19 infection after taking the antiviral medication Paxlovid.

To date, cases of Paxlovid rebound have been limited to small studies and experiences shared on social media.

Yes, we always hear how everything bad related to COVID is just so “limited,” yet no research has been done on most of it.

Fauci described what happened to him after he took the Pfizer drug: “I turned positive about two weeks ago, with very minimal symptoms. When they increased, given my age, I went on Paxlovid for five days,” Fauci said. Fauci, 81, credited the drug with keeping him out of the hospital.

After five days on the drug, he tested negative.

He had three consecutive days of negative tests. On the fourth day, he tested positive again and things just went downhill from there.

His symptoms came back tenfold, apparently.

Anyway, hopefully, whatever is going on with Bret gets sorted out and he’s back on stage soon.