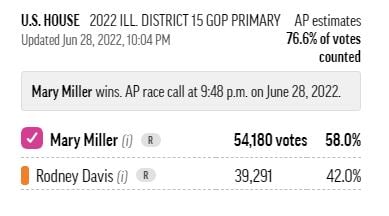 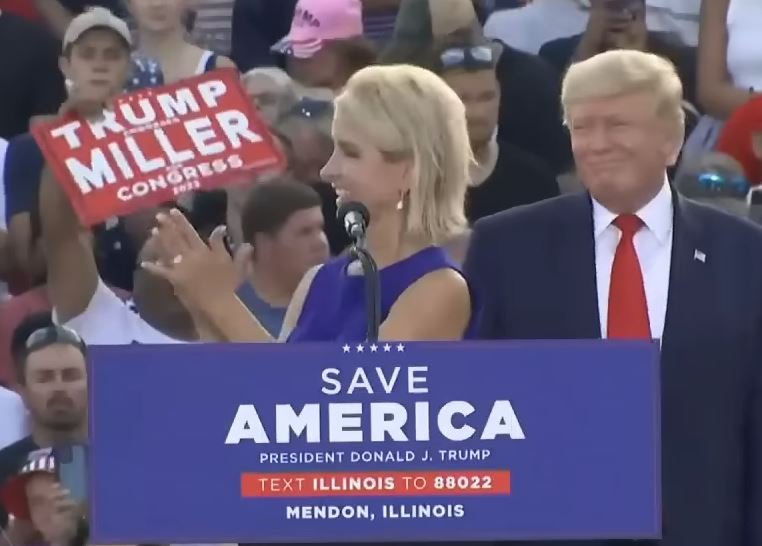 Trump campaigned for Mary Miller near Quincy, Illinois on Saturday.

Rodney Davis is an establishment Republican who has served as US Representative for 10 years.

With nearly all of the expected vote counted, Miller held a 15-point edge over Davis.

Miller’s victory marked another win for former President Donald Trump, as well, who backed her as part of his effort to oust several incumbent Republicans deemed insufficiently loyal. Davis ran afoul of Trump by supporting the establishment of an independent commission to investigate the Jan. 6 riot. Davis supported the never-chartered independent commission, not the House select committee now probing the Capitol attack, which held its sixth public hearing Tuesday.