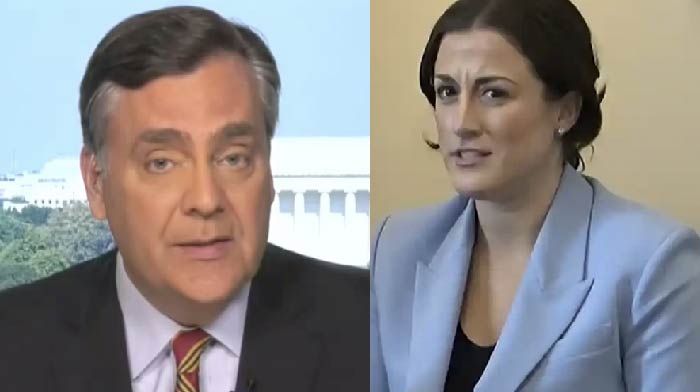 In case you didn’t know, the Jan 6 sham is being “produced” by some Hollywood guy.

The left and RINOs are so desperate to use this commie show trial to yet again try to bring down President Trump, that they hired a producer.

Thus far, the ratings have been abysmal.

Nobody cares about this nonsense.

We can’t afford gas and groceries, but we’re supposed to care that Chuck Schumer’s fax machine was vandalized almost 2-stupid-years ago?

The one true tragedy of that day was the murder of an unarmed Trump supporter named Ashli Babbitt. Beyond that, it was an event that got out of hand, and likely was made worse by “outside political forces.”

But regardless, Mr. Producer is pulling out all the stops to get the ratings up.

MORE NEWS: We Know Who The Jan 6 “Surprise Witness” is, And Wait Until You See What Was Just Uncovered About Her

He knows in order to hook people, you need to add some DRAMA into the mix… so, while the J6 hearing was supposed to be off until July, they suddenly decided to hold an ‘EMERGENCY HEARING” today, while everyone was still hyped up over Roe v Wade — according to the clown committee, they had a “secret witness” to trot out with some “bombshell evidence.”

Well, the “bombshell” part is definitely up for debate and so is the “secret witness” part, since the young girl was an intern just last year, and during Jan 6th, was a glorified receptionist and coffee gopher.

And instead of providing the committee with evidence, she’s just up there regurgitating a bunch of hearsay and telling her “opinion” on things.

Professor Turley takes issue with what the Dems and RINOs are doing here, and he’s not defending Trump, but he’s pretty disgusted at the one-sided show going on, as we all are.

If they want to bring this woman up there, so be it, but the fatal flaw of this committee is that they have nobody there to ask rebuttal questions.

Turley says this is a one-sided show, and he’s right.

Not only that, but they’re editing out whatever doesn’t “fit their narrative.”

None of this would stand up in a court of law. None of it.

Here’s what he said in a series of tweets:

The Select Committee hearing is featuring the former aide to Meadows. It is a valuable insight. However, again, Rep. Cheney quoted Trump as telling his supporters to march on the Capitol but cut off the part where he said that they should do “peacefully.”

…Again, that is no exoneration of the President’s role but it highlights the lack of any alternative perspective or questioning on the Committee…

…The Select Committee is following the same technique. It shows a witness a snippet from earlier testimony and then asks them to confirm and repeat that point. It is precisely the “narrative” that Speaker Pelosi described as the purpose of the Committee.

…It could have been much much more. Both sides are blaming each other for lack of balance, but the Select Committee is preventing any obvious counter views of evidence from being heard in this tightly controlled presentation.

The “coffee grabber” goes on to say that Trump tried to grab the steering wheel in the car when he was told he was NOT going to the Capitol, and smashed his lunch against a wall, later, and was “screaming and yelling.”

After all the “juicy gossip” the coffee grabber stated, Turley points out that the hearing is now taking a “Johnny Depp/Amanda Heard” turn:

…Hutchinson also testified that Trump smashed his lunch against the wall after reading Barr’s AP interview. The hearing seems to be taking a Depp/Heard turn.

Of course it is taking a Depp/Heard turn… wanna know why?

Because that courtroom drama had great RATINGS… and they’re gonna try to do that with this boring sham.

This whole thing is a complete and total circus, but that’s what we’ve come to expect from the left. This is how they conducted the first two impeachment hearings, so all of this is nothing new.