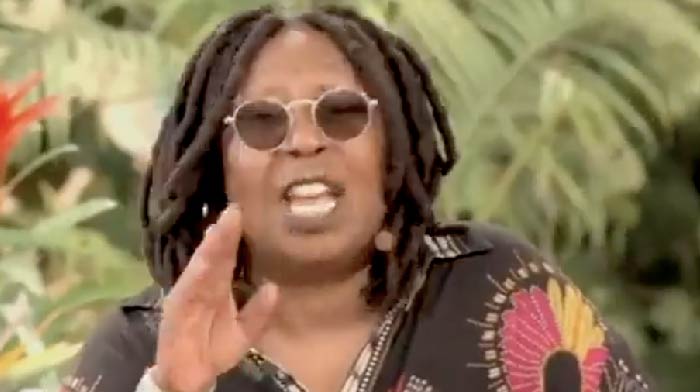 What is Whoopi Goldberg smoking on the set of ABC’s “The View?”

It’s got to be some good stuff.

Like all Dems, Whoopi is having an emotional meltdown simply because SCOTUS struck down Roe v Wade, and sent abortions back to the states, where they belong.

Now, citizens will get to vote on abortion laws, and that makes much more sense for everyone.

But of course, liberals don’t see it that way.

They’re the “big government” communists, and they want the peasants to have no say whatsoever in what happens to them.

So, they’re freaking out.

It’s so bad that Whoopi is now warning Justice Thomas that “they” could come and nullify his marriage because he’s married to a white woman.

WTH is Whoopi talking about?

Also, these are the same people who had no problem forcing everyone to take a vaccine they were not comfortable with and destroying their livelihoods if they refused.

“Can any of these women actually read?”

“Insanity. All of them. I can’t believe people watch this and believe what they hear. Libtard drones. #fjb”

“Racist Whopi Goldberg is SO filled with hate. Her two white husbands dumped her bc she’s impossible to deal with. Justice Thomas has had a long & successful marriage. This drives Whoopi to act a fool…. lol. She’s a negative dissatisfied old woman”

“Why is everyone there clapping for this bullshit?”

“A whole panel of unhinged racist batshit crazies. I can’t believe that their is enough people that watch this shit to keep it on the air.”

“They sure are confirming daily that I made the correct choice, walking away from the left. Batshit crazy is an understatement. Funny how the truly racist expose themselves. And how obvious the hypocrisy is.”

“Why are these hags still on the air? Who’s watching???”

I think liberal cat ladies are watching the actual show, and people like me and you are watching clips and making fun of it.

Beyond that,  I am not sure how it stays on the air.