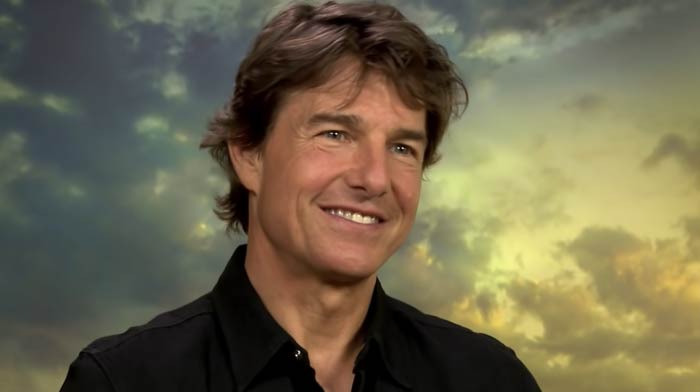 At a time in this country, where everyone in Hollywood is stepping over themselves to make the wokest movies, and put a progressive political and/or social spin on everything, it is very refreshing that Tom Cruise has the guts and the smarts to make Top Gun Maverick.

That movie was nothing but an all-American patriotic good time, and it’s just gone over the BILLION dollar mark.

Obviously, this is the type of stuff Americans want to see.

It’s 100 percent pure entertainment, free from all the politics and social nonsense — my gosh, how refreshing, right?

People go to the movies to escape what’s happening around us, not to be lectured about morality and who to vote for by intolerant, radical liberal degenerates.

And say what you will about Tom, but he “gets it,” and he proves that yet again in his tweet today.

MORE NEWS:  Amber Heard Will Be Spitting Fire When She Hears What Johnny Depp is About to Do Again…

At a time when everyone is at each other’s throats, and liberals are throwing hissy fit #999,999,999, Tom could have come out with one of those infamous “celebrity-socially-aware” tweets that make most of us want to puke.

Instead, he said this:

“To all the films in release, to all the studios, and to all the exhibitors: congratulations. To the audience: thank you for venturing out and allowing us to entertain you. See you at the movies.”

To all the films in release, to all the studios, and to all the exhibitors: congratulations. To the audience: thank you for venturing out and allowing us to entertain you.

See you at the movies.

No politics, no lecturing, no cramming personal views down our throats.

Just a nice “thank you,” from a guy who made a great movie.

That’s how you do it.

I don’t care what Tom’s religion is, or how he votes, I just want to say “thanks” to him for making a movie that so many people are enjoying, and giving us an escape from all this madness.