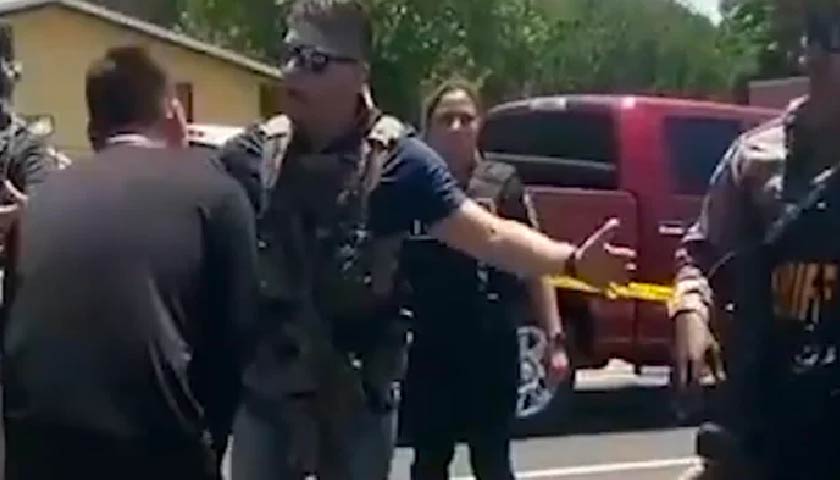 There is something very broken within the Uvalde police department.

I don’t care how staunchly you “back the blue,” this situation involving the local police and the school shooting is horrific and getting worse by the minute.

Here’s what we know, thanks to local law enforcement officials who’ve gone on the record:

19 police officers – one for every murdered child – were staged outside the classroom. 78 minutes elapsed before they entered. Gunshots were going off, and children repeatedly called 911 from inside.

Now, new details have emerged on the training that these officers received just two months ago, and you won’t believe it.

Here’s what the officers were told to do in the situation of a mass shooter, as reported by a New York Times reporter:

“In the past two years, the Uvalde school district has hosted at least two active-shooter training days. One of them was just two months ago. The trainings included both classroom teachings and role-playing scenarios inside school hallways (below).”

The Uvalde training session 2 months ago relied on guidelines that give explicit expectations for officers responding to an active shooter. The training is clear: Time is of the essence. The “first priority is to move in and confront the attacker.”

The guidelines provide sobering clarity: The first officers may be risking their lives. But, it says, innocent lives take priority. “A first responder unwilling to place the lives of the innocent above their own safety should consider another career field.”

Here is the entire thread:

I have spent the past few days researching the training of Uvalde officers, including the tactics they were expected to use to halt school shooters.

The documents are jarring. Here’s a thread of our findings so far.

Clearly, when it mattered most, this is not what happened. The police did not follow protocol or training.

The officers refused to enter and engage the shooter and waited over an hour for “tactical” teams to arrive, while innocent children needed their help.

The police spokesman said officers did not want to get “shot and die.”

Nobody wants to get shot and die, especially 4th graders, who didn’t sign up for a job to protect and serve others.

In addition, the Uvalde police released this absurd statement about the shooting, and in it, they said:

“Our entire department is thankful that the officers did not sustain any life-threatening injuries.” 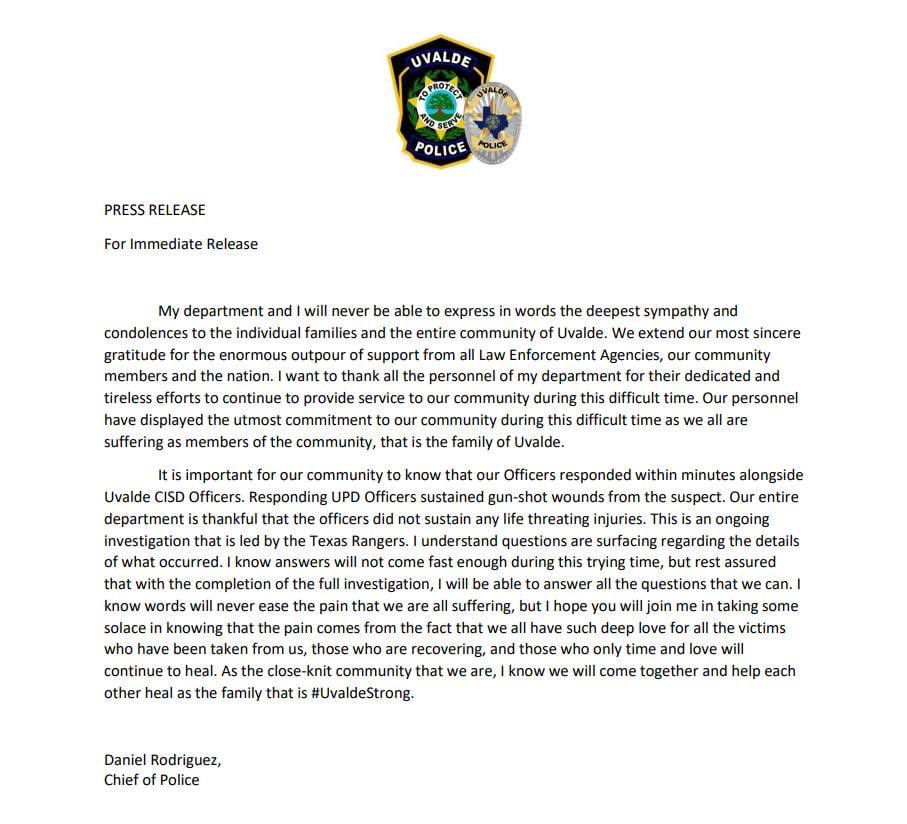 Officials NOW tearfully admit that it was a “mistake” not to enter the classroom.

TX DPS Director just broke down crying after admitting that the decision not to enter the classroom was a mistake.

“We took an oath to defend people.” @wfaa #Uvalde pic.twitter.com/CacxfWOpJW

“Every member of the Uvalde PD who responded and refused to take action should terminated and publicly shamed. Cowards should not be cops.”

Governor Abbott has ordered a full-scale investigation into this disturbing matter.